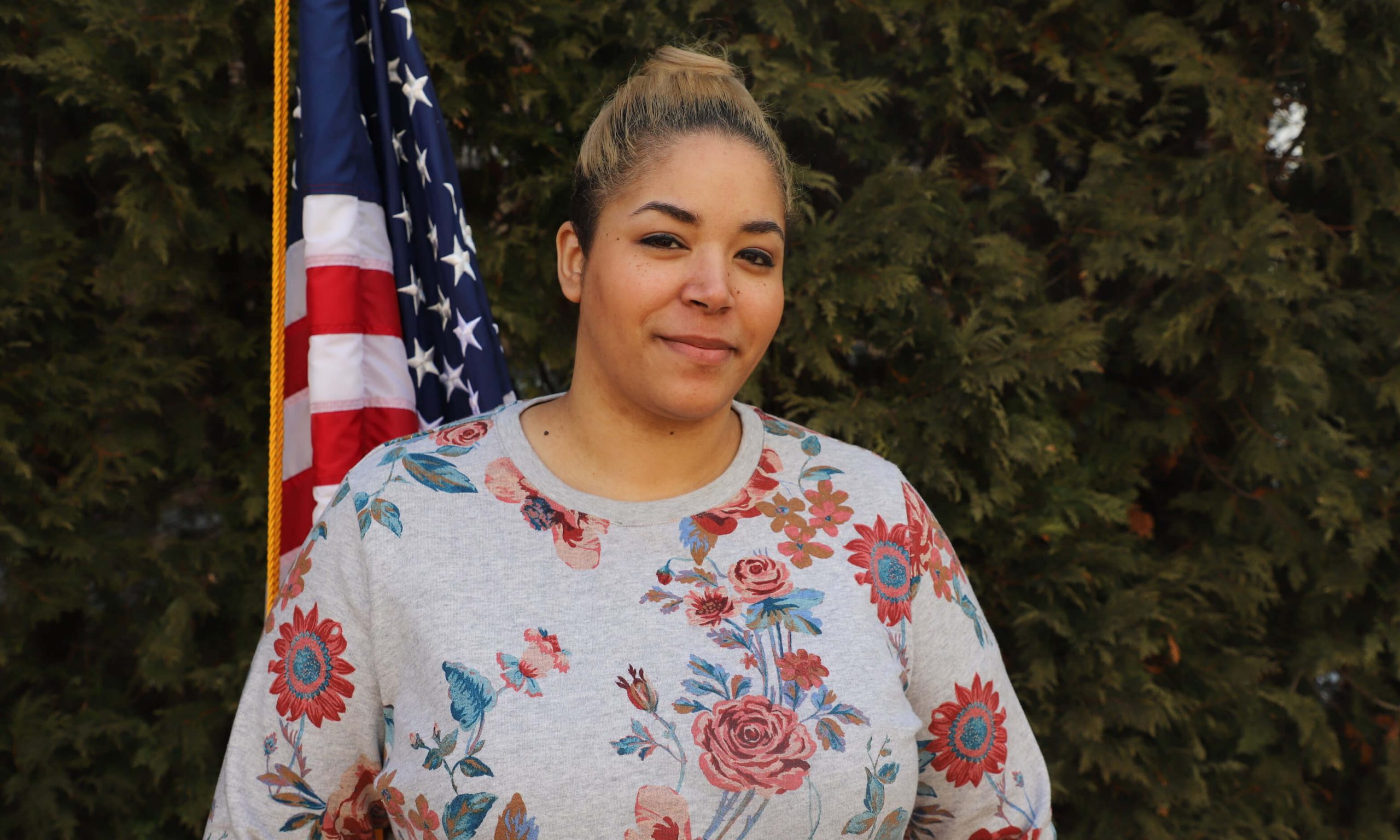 After eight years of active duty in the U.S. Air Force, Moriah White is on her way to graduating with a double major in Social Work and Human Behavior and Development from Concordia University Wisconsin.

She’s still sorting out what she wants to do with her degrees, but she knows she wants to empower families and children to find their way through tough situations; perhaps by starting her own non-profit or by working in a school setting.

Thanks to a bill signed today by Gov. Tony Evers, White, who will graduate from CUW in May 2021, will be able to go on to pursue her master’s (a requisite degree for most careers in the social work field) without landing herself in debt. Furthermore, the single mom of three young boys can give her children options when it comes time for them to choose a college, as the provision extends to disabled veterans’ dependents as well.

Prior to this bill, veterans could receive benefits only at UW System schools or at Wisconsin Technical Colleges under the Wisconsin GI bill. Under the new bill, similar eligibility requirements for the Wisconsin GI bill at public schools will now apply to students who opt to attend any private or independent university in Wisconsin.

Keith Casey, assistant director of community outreach and veteran engagement (COVE), along with Veterans Outreach Coordinator Kari Metts and Senior Vice President for Strategy and University Affairs Gretchen Jameson traveled to Madison today to witness the governor’s signing. Concordia played an active role in lobbying for the provision and testifying at hearings in front of the Wisconsin State Senate and Wisconsin State Assembly.

“It is a privilege to work at a university like Concordia where we have the opportunity to work directly with our nation’s heroes as they navigate their education benefits and transition from military life to civilian life or college life,” Casey said. “Today’s bill signing will enable even more students to consider Concordia and it allows them to have the best possible options in front of them for their future.”

Even before this bill, Concordia extended generous support to military personnel and veterans. Concordia accepts more military transcript transfer credits than any other university in the state, which streamlines many military members’ road to commencement.

The university also participates in the Yellow Ribbon Program, which helps fund tuition beyond the yearly federal funding tuition cap.

And just last month, Concordia was again named a Military Friendly School, a designation awarded by Victory Media. The Military Friendly School list is a standard for which higher education institutions provide the best opportunities for veterans and their spouses. This prestigious list provides a comprehensive guide for veterans and their families using data sources from federal agencies.

These benefits were what initially drew White to Concordia. She’s thrilled that now she can continue on for her master’s degree and provide for her children.

It’s the good news she needed after a tough life restart four years ago. In 2016, White was ending active duty—a “normal” she had known for nearly a decade—due to several service-connected disabilities and was also going through a rough divorce as, newly single, she moved herself and her three boys back to her home state.

“I’m just really glad to know that I won’t have to be stuck halfway through my master’s program, with three boys at home, and having to come up with the rest of the money,” White said. “Today’s bill was a big step forward in giving student-veterans the benefits they have earned.”

Concordia announced this week a brand-new scholarship for veterans and their dependents. If you are a veteran, the spouse of a veteran, or a child of a veteran, you may qualify for this scholarship. Scholarship dollar amounts are examples based on three-credit courses. Applicant will need to provide proof of eligibility by submitting DD214 or Dependent ID Number. Actual amount per credit may vary. Eligible recipients must have exhausted or be ineligible for other federal veteran educational benefits.