Concordia University Wisconsin alumnus Si Gou (’18) is an anomaly. At the age of 18, with just one collegiate year under his belt, he became one of only a handful of students in the U.S. to pass his first actuary exam on the first try. The pass rate for the first actuarial exam is 40 percent, and the statistical odds of someone passing it at such a young age only increase from there. Gou went on to graduate from Concordia in just 2.5 years and was one of the rare individuals to take advantage of a unique Concordia offering that allows students to design their own degrees.

As Gou prepares for his next academic feat—a graduate degree in philosophy at Cambridge University—he reflects on how CUW was the perfect school to help him pursue his true calling.

“Concordia was great for me,” says Gou. “There’s a misperception out there that students with high GPAs and test scores should only look at big state or Ivy League schools. But at Concordia, I got to work directly with professors, not teaching assistants, and they actually cared about me and my goals.” Gou has always operated on an accelerated personal plan. As a high school student, Gou, who is bilingual in Mandarin and Chinese, earned college credits by enrolling in the dual credit program through CUW. He also passed several advanced placement exams, which enabled him to bypass the typical freshman course load.

Gou could have gone anywhere, but he chose Concordia because of the unique programs and opportunities that the small school offered for serious students like him. One of those programs is the business scholars program, a one-of-a-kind offering in the Batterman School of Business that allows high-achieving students an opportunity to earn a bachelor’s degree and an MBA at the same time for the same cost in just four years. Gou was accepted as a business scholar and initially started out as an actuarial science major. While he was certainly equipped for the rigorous academic program, God had plans for the gifted student beyond mathematics. 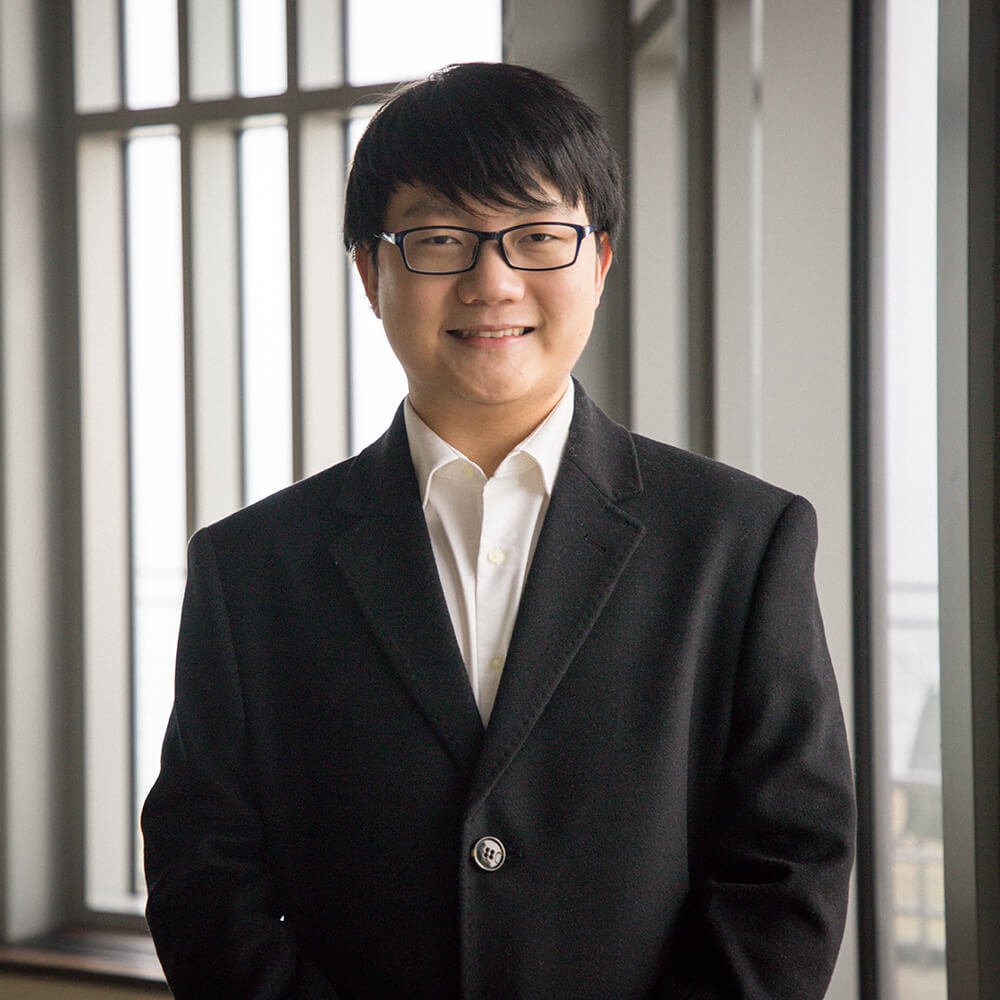 Students who wish to pursue interdisciplinary studies must be prepared to take on extra work to make it a viable program. The first step is to write a plan that includes the desired courses and the reasons for paving a different path. Then, they must recruit a professor who is willing to advise them throughout their student career. Once these things are in place, they submit a proposal to the deans of the schools and the university provost for approval.

Inspired by Concordia’s mission to serve, Gou wanted to use what he was learning as an actuarial major to make the world a better place. He worked with his professors to create an interdisciplinary study in social sciences with an emphasis on mathematics and economics. With this individualized study program, Gou could transfer the quantitative and analytic skills that he learned through actuarial studies and apply them to help solve urgent world problems.

He was paired with Dr. Joseph Jacobsen, a CUW economics professor who specializes in nonlinear dynamics.

“It’s really admirable that Si Gou cares about issues like world hunger and social justice,” Jacobsen says. “He wants to use his intellect and learning to help solve the world’s problems.”

Jacobsen and Gou both presented at an international conference, Sustainability Summit, last year and contributed to each other’s research and publications. Gou credits Jacobsen for helping him reach his full potential. Gou, who was here on scholarship, is also grateful for the alumni and Concordia community for supporting students like him.

“I look forward to giving back to Concordia someday and to helping students like me carve their own path in the world,” says Gou.

I look forward to giving back to Concordia someday and to helping students like me carve their own path in the world.

Jacobsen says Gou has helped set a new standard for his peers at Concordia—one that the university is ready and eager to help even more students meet.

“Si Gou is an anomaly not just at Concordia but at any university,” Jacobsen says. “He has incredible choices in front of him. Thanks to him, I can push other students a little harder because they now have an example of what hard work and dedication can bring.”

From cold to light: the nation's "oldest cold case" to ever go to trial ends with a redemption story
previous story
Rain or shine rider
next story