From cold to light: the nation’s “oldest cold case” to ever go to trial ends with a redemption story

On Dec. 3, 1957, an 11-year-old Chuck Ridulph endured the unspeakable when his younger sister, Maria, was abducted from outside of their childhood home in small-town Sycamore, Illinois.

Eager to enjoy the first snowfall of the season, Maria and a friend were playing outside after dinner when a man who identified himself as “Johnny” approached them and offered to give them piggyback rides. At one point, the friend left to retrieve her mittens from home, and when she returned Maria and the man were gone.

A massive search ensued. The case caught the attention and support of then-president Dwight D. Eisenhower, and the FBI came out in droves to lead the investigation. The 7,000-person city of Sycamore was uprooted as search and rescue planes flew overhead, roadblocks were set up, and more than 600 people volunteered in the effort to find the missing 7-year-old girl.

Five months after her disappearance, Maria’s body was found 100 miles from where she was last seen alive. Officials ruled her death a homicide. Several leads were investigated, but no clear suspect emerged and the case went cold.

About two years after his world was turned upside down, Chuck packed his bags for boarding school at Concordia High School. At a pivotal point in his young life, he began to form friendships with fellow classmates who became, in Chuck’s words, “closer than siblings.”

Did you know? Concordia operated as a combination high school and junior college from 1887-1974.

These brothers in Christ remained with Chuck through his enduring struggles: alcoholism, divorce, a decades-long separation from his firstborn daughter, and the 2011 exhumation of Maria’s body when the “oldest cold case in U.S. history” went to trial 55 years after it was opened. 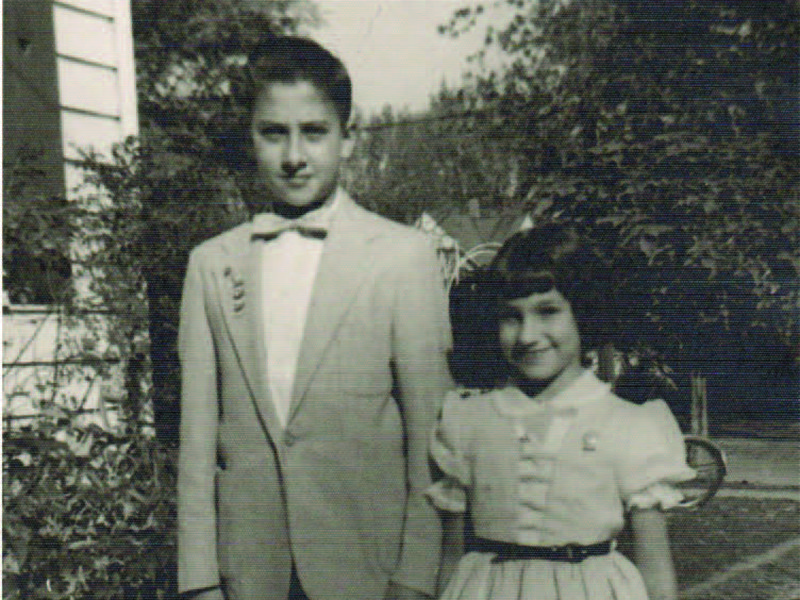 The case resurfaced after a neighbor of the Ridulphs’ implicated her son, John Tessier (who later changed his name to Jack McCullough). In September 2012, McCullough was tried and sentenced to life in prison. Three and a half years later, however, a judge overturned the conviction and McCullough went free.

When McCullough was granted a certificate of innocence in 2017, it cleared the way for him to seek compensation for the years he was imprisoned—which he did, to the tune of $350,000 in a lawsuit against the city of Sycamore that was settled in November 2017. And the nightmarish saga continues to this day, with a federal lawsuit out against other agencies involved with the arrest. Just last summer, Chuck once again had to relive the ordeal of Maria’s disappearance when he was called in for a federal deposition that lasted a grueling seven hours.

Beyond all human reason, however, Chuck’s story isn’t a story of despair. It’s a story of hope and of the fortitude of friendships forged in Christian love.

“I didn’t search out any of these stations in my life,” Chuck said, “but through it all, I’ve seen how the Lord has not only walked with me through my struggles but picked me up and carried me above and beyond them.”

The ties that bind

In 1987, after decades of alcohol abuse and a near-fatal aneurysm burst, Chuck was warned by his doctor that if he continued his drinking he would die. Chuck chose sobriety and reached out to his Concordia classmates for support. Every year since he’s joined the annual reunions of a group of about 14 men from the high school classes of 1963 and 1964. This year’s reunion, or koinonia, as group member Jim Seegers likes to call it, will take place in September. (Koinonia is a Greek word, meaning communion with fellow Christians.)

Chuck’s bond with his classmates extends far beyond once-a-year meetings. The friends have a habit of showing up, oftentimes without needing to be asked, for some of the more significant life events of their members—from weddings and milestone birthdays to hospital stays and funerals.

Chuck’s Concordia schoolmates were there, for example, when Maria’s body was reburied. His friend, Rev. Paul Koester, officiated the burial service. It was also Koester who at one point lent a compassionate ear as Chuck unburdened his soul with his inability to forgive Maria’s killer.

And it was Koester, along with Jim Bauman, Jim Kroemer, Bill Wendland, Dennis Sampolinski, Mark Kretzmann, and Tom Simon, who made a surprise visit to Chuck’s childhood church on Jan. 20, 2019, for yet another milestone of the group. Altogether, the seven Concordians traveled thousands of miles (one even braved a snowstorm) to be present when Chuck—long since transformed from his old self by the renewal of God’s Word and grace—was ordained as a pastor at the age of 72. On Jan. 27, Chuck was installed as pastor at Trinity Lutheran Church in Hampshire, Illinois—the first called minister in 20 years for the 136-year-old rural LCMS congregation.

Ministry out of suffering

Chuck’s road to the parish was preceded by years serving as a called deacon. Not long after he gave up alcohol in 1985, he learned about Concordia’s lay ministry program and decided to pursue a degree. For two decades, he served as a lay minister at his hometown congregation of St. John Lutheran Church, and in 2000 he began to also serve as director of what eventually became Christian Senior Ministries, a registered service organization of The Lutheran Church—Missouri Synod that serves those who reside in senior living facilities.

During his time working with the senior community, Chuck also preached at multiple churches with long-term pastor vacancies, including Trinity in Hampshire, Illinois. Following the 2016 LCMS National Convention, Chuck felt called to pursue the route to ordination.

“I figured, I’m still healthy and there is a real need. One of my classmates who attended my ordination joked that it only took me 65 years,” Chuck said with a laugh.

Chuck has also ministered to countless people through the national coverage Maria’s case has received over the years, including segments done by Dr. Phil, 48 Hours, and the Lifetime Movie Network. He’s used his recognition as a platform to give encouragement to others who have faced loss.

In 2016, Chuck wrote a book titled The Impact: Upon Secondary Victims, which depicts moments from his life growing up, his recollection of Maria’s disappearance, his struggles following her abduction, and his eventual return to his Christian roots. Woven throughout are prayers written by Chuck that rival the depths of woes, supplications, and praises recorded by the psalmists.

Even though his journey is storied, the overarching lesson of his book can be summed up into a few simple words.

“God’s light shines in the darkness,” Chuck said of the message of his book. “With Him, tragedy does not need to prevail.”

In place of its lay ministry program, Concordia now offers a Director of Church Ministries program with specializations in parish teaching and more. Learn more at blog.cuw.edu/dcm.