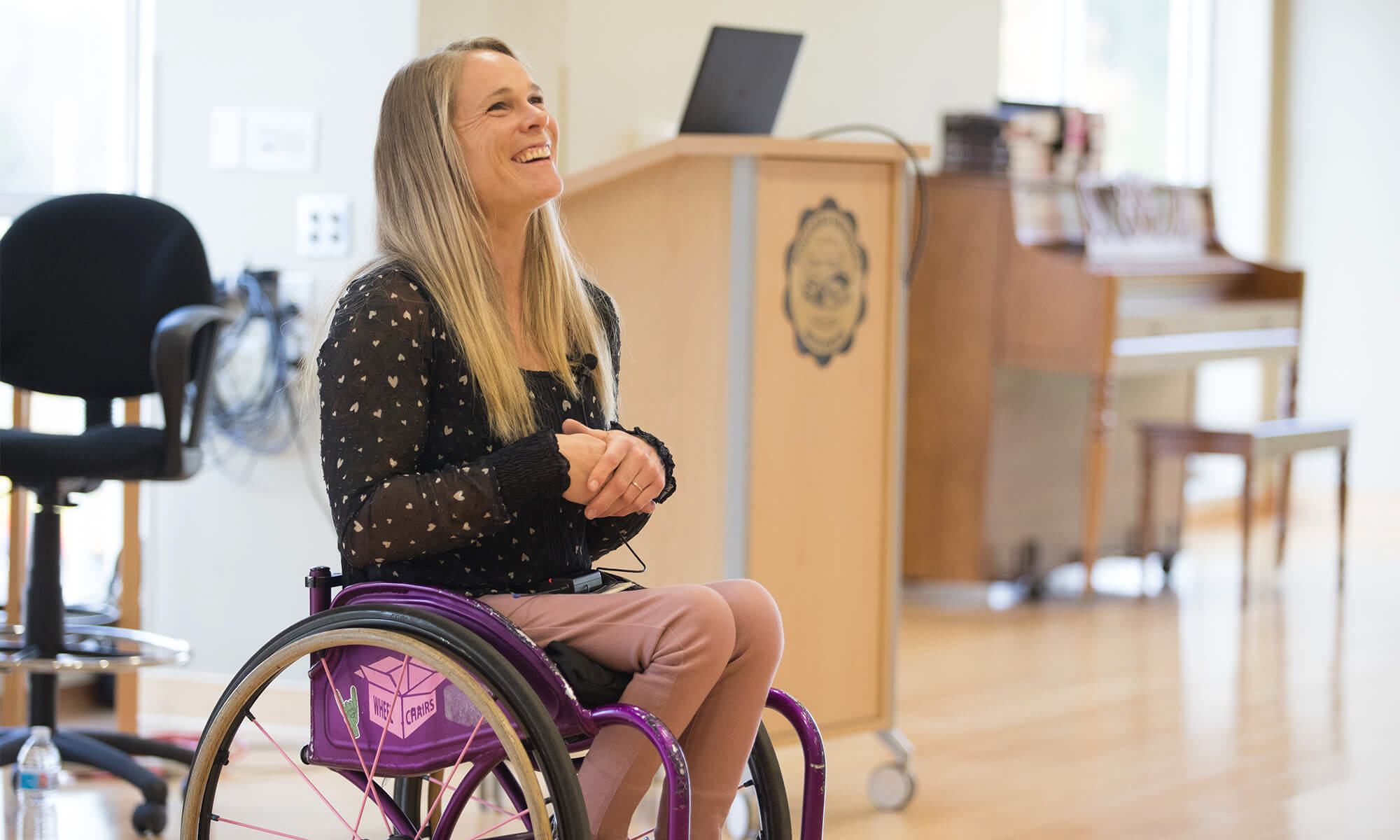 There are many reasons to be inspired by Port Washington native Kaitlyn Verfeurth.

She’s competed at the highest level of ParaTennis, including three Paralympic Games and three Grand Slams. She regularly works with youth to teach them the sport she loves, and next summer, she also will coach military veterans for the Invictus Games. She’s working toward a certificate in recreational therapy and hopes to soon start a nonprofit that will support and advocate for differently abled youth.

The fact that Verfeurth is in a wheelchair should not be among the list, the athlete contended during an Oct. 24 talk at Concordia University Wisconsin.

Verfeurth was the featured speaker of Concordia University’s annual All Abilities Acceptance Day. Started in 2015, the day aims to raise awareness about people who are differently abled. Each year, a CUW committee made up of professors and students brings in a featured noontime speaker for the day and invites the students and employees of Concordia to attend.

During her Wednesday address, Verfeurth shared about the car accident that severed her spinal cord when she was young, her introduction to ParaAthletics as an outlet, and the battles against ignorance she has faced along the way.

Some common misconceptions Verfeurth said she has encountered since her paralysis is that she is someone to be pitied or that somehow she is “less than” because she can’t walk.

She recounted several instances where she’s been stared at or whispered about as though she wasn’t even present. When these situations occur, Verfeurth said she has determined herself to make them a teachable moment by approaching the individual.

“By doing that, I’m spreading awareness,” Verfeurth said. “My hope is that by being able to reach out to even just one person, they’ll go on to share their experience with someone else.”