Forward with Ferry: Milestones and cornerstones throughout his tenure

Since the start of Dr. Ferry's presidency in 1997, not a year has gone by without a new project, new program, or new initiative launched to improve our university and expand its missional reach throughout the world.

From a major bluff restoration project to new residence halls, our campus has undergone a deep metamorphosis over the past 24 years. Keep reading to learn about some of the most notable endeavors during President Ferry’s tenure.

1999—”Concordia in the City” initiative for Adult Learning Centers launched

2010—Broke ground on the School of Pharmacy

2010—President’s Courtyard re-landscaped to include water feature, pergola, and paths 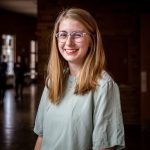