Known as “The Architect” of President Bush’s successful campaigns in 2000 and 2004, Rove has been described as one of the most influential presidential appointees in history.

Related: The man who planted the seed for former U.S. President George W. Bush to speak at CUW’s 2004 commencement

The event, sponsored by Concordia University Wisconsin’s Student Government Association (SGA), was billed as a “once in a lifetime opportunity” by the student host and SGA Treasurer Yannik Gruner (’23). 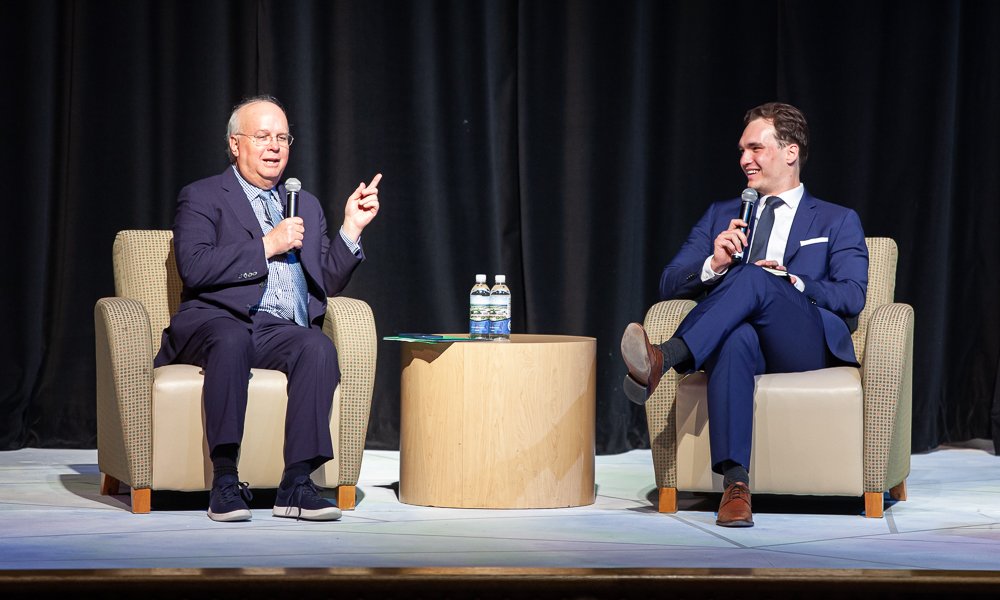 In his 60-minute presentation, Rove delivered a master class in American politics. With his trademark speaking style that is part professorial, all analytical, and totally engaging, Rove treated guests to an insider’s peek-behind-the-scenes of Washington.

The speaker deftly covered major world topics ranging from the violent invasion in Ukraine (“The world’s democracy hinges upon what is happening there”) to current elections (“Elections are about the future, not the past”). No matter the subject, Rove was quick to share an astonishing array of data (polling, percentages, approval ratings, comparisons, dates, votes …) to support his point of view.

By all measures, Rove delivered the speech that the organizers were hoping for and expected. What was entirely unexpected, however, was the effort he made to connect with Concordia and the State of Wisconsin, and to bond with the students in the audience. 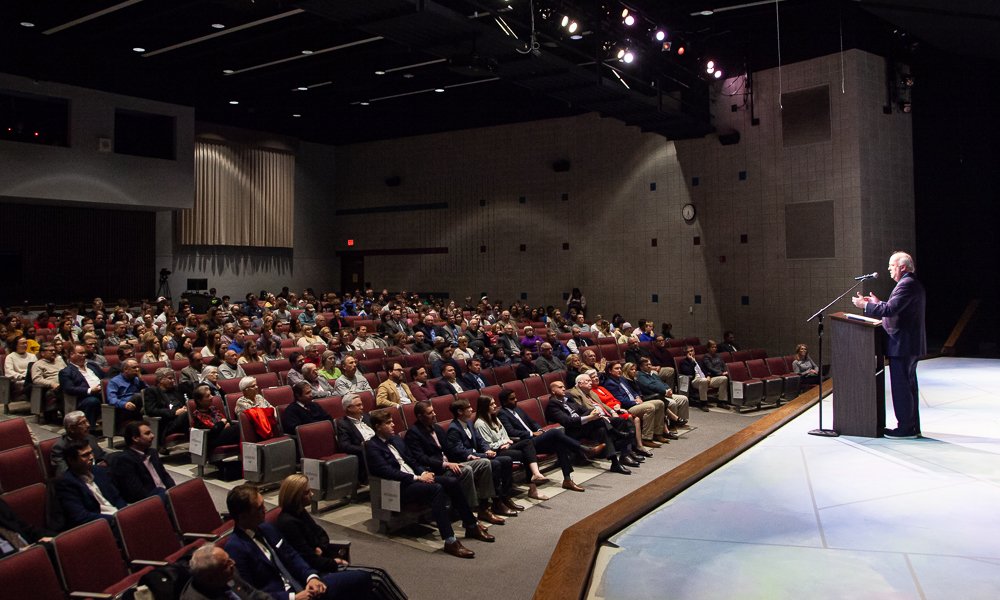 1. He’s the guy who brought President George W. Bush to Concordia in 2004. As Rove explained it, he was part of a planning group that was considering commencement opportunities for President Bush, and the fact that Wisconsin is a battleground state played no small part. It also helped that Ozaukee County is traditionally warm to the Republican Party.

2. In a nod to Concordia’s Christian mission, Rove shared that his middle name is Christian and that he was born on December 25.

3. Rove’s grandfather and father were born in Fox Point, Wisconsin, and they attended Milwaukee Country Day School. Rove used to visit his grandparents’ farm in Waukesha. Their family had a cabin on Lac du Flambeau in Vilas County.

4. In 2002 and 2003 the Bush administration faced the threat of SARS becoming a global pandemic. While it never fully emerged, their experience with scientists and in briefings resulted in a $5 billion investment in basic science to figure out how to create and manufacture vaccines. That initial funding led to the COVID vaccines, which Rove considers “the unheralded success of the modern world.”

5. While today’s political rhetoric is ugly, Americans have lived through much worse. Rove went on to list several examples, including: 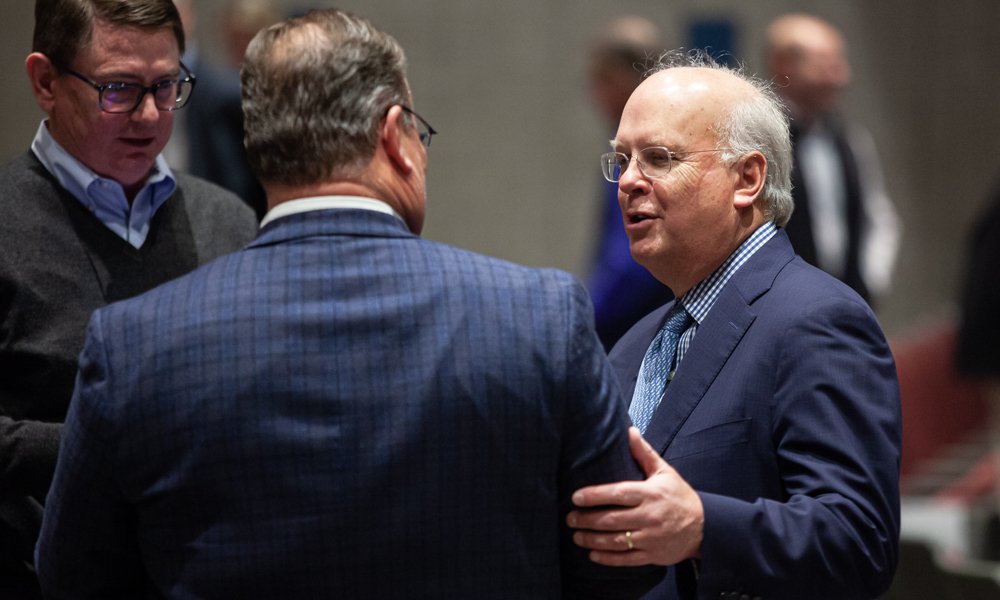 A final note: While Rove spoke openly about current candidates and various elections, he did not make specific election predictions. However, he left guests with an assuring message: “The good common sense of the American people will prevail. All it takes is leadership, and my sense is that the 2024 election will bring back leadership.”

In their own words, what these area employers are looking for in their next hire
previous story
4 tips for overcoming dissertation anxiety
next story