A few of Concordia’s famous guests

The uncommon and enriching educational experience that CUW offers has not only attracted hundreds of thousands of students since the school's inception—it's also drawn some rather notable guests.

More than once, Concordia has stepped into the national spotlight thanks to the eminent visitors listed below. Their renowned achievements range from TV fame, political clout, and peak athletic performances—their famous faces brought to campus to inspire Concordians who have gone on to become leaders in the Church and world in their own rights. It doesn’t get much bigger than the leader of the free world. Concordia was honored to welcome former President George Walker Bush to campus in 2004, right in the middle of his presidential tenure. Bush served as Concordia’s commencement speaker that year.

Read about the man who made Bush’s visit to Concordia possible. In 2008, CUW’s athletic facilities and Coburg residence hall served as the home base for the St. Louis (Now Los Angeles) Ram’s Summer training camp. The NFL team deliberated where to hold their camp, and opted for CUW’s field for our top-of-the line athletic facilities, meal plan, and beautiful view. Read about it here. 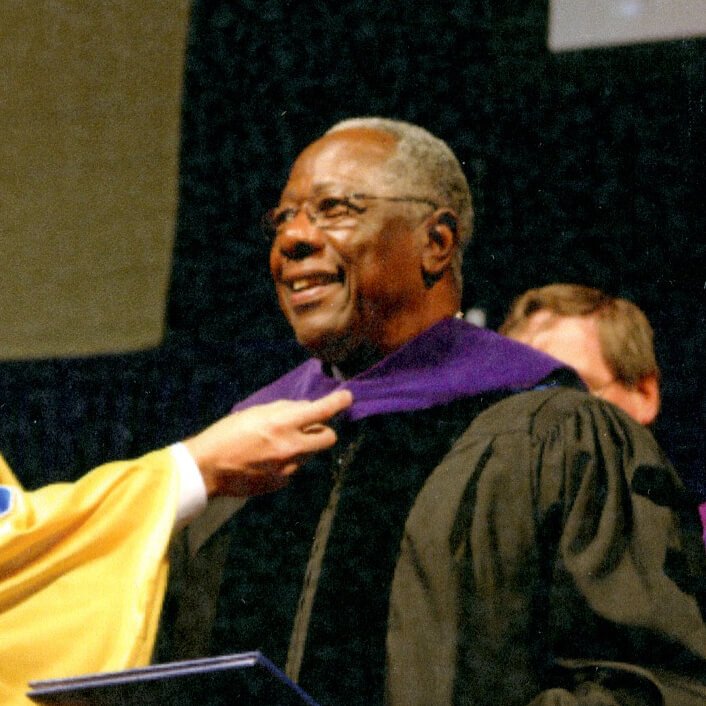 Long before his passing earlier this year, baseball’s one-time home run king, Hank Aaron, served as CUW’s 2008 Commencement Speaker. The MLB great made his mark on American baseball from 1954 to 1976. Within his career, he wracked up a whopping 755 career home runs, earning him the famous moniker, “Hammerin’ Hank.” Olympic silver medalist Morgan Hamm made more than just an appearance at CUW. He attended Concordia from 2010 to 2014, earning his Doctor of Pharmacy degree. Hamm, along with his twin brother Paul, competed in multiple Olympic Games as artistic gymnasts. Morgan, who competed at both the 2000 and 2004 Olympic games, took home a silver medal in the team competition at the 2004 Olympics. He was also named to the 2008 Olympic team, but withdrew from it due to injury.

Morgan is now a practicing pharmacist in Milwaukee. On a lighter note, Concordia’s Campus Activity Board brought “Uncle Joey” to campus in fall 2017. The actor-turned-professional-funnyman, who is best known for his role as Uncle Joey on “Full House”, performed stand-up for a closed CUW-student audience. At the end of his set, students payed homage to Coulier’s Canadian roots and gifted him a Concordia hockey jersey with his name on it. 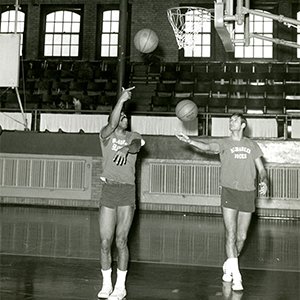 It’s no Fizerv Forum, but Concordia’s former campus played host to the Milwaukee Bucks in the team’s winning ’70s. NBA greats, including Kareem Abdul-Jabbar, called the Concordia Milwaukee campus gym their practice “home” for a while. 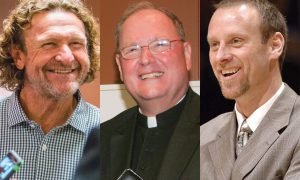 Started in spring 2003, CUW’s popular Leadership Series has brought dozens of recognizable faces to campus to address the hundreds of Concordia supporters and community members who elect to attend the special breakfast events each fall and spring. Notables have included MLB legends Sal Bando and Robin Yount, Archbishop Timothy Dolan in the aftermath of the Catholic Church sexual assault scandal, and multiple of Wisconsin’s professional sports teams head coaches.

To a First Lady whom we love...
previous story
Pharmacy Alumni Spotlight: Erin McGurty
next story