Inspiration to Serve: How the Holy Spirit worked through role models for these pastors

Called by the Spirit, motivated by a called worker.

For many, the path to seminary started with a word of encouragement from a respected servant of Christ. The seeds may have been planted by a single conversation or issued time and again throughout the person’s young life.

Either way, the results for these clergymen brought them to Concordia University Wisconsin.

Here, these five pastors, present and future, associated with Concordia University Wisconsin share their stories about the people who pointed them to a life dedicated to administering the sacraments and sharing the teachings of Christ. 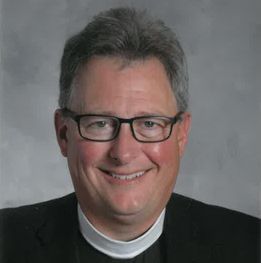 Rev. Dr. Nathan Meador is currently the senior pastor of St. John Lutheran Church and School in Plymouth, Wisconsin. He also serves as Assistant Coordinator for Stewardship with the LCMS Office of National Mission. He cites Pastor Carl Aufdemberge as his most influential figure in becoming a pastor.

Pastor Aufdemberge was one of those “old school” Lutheran pastors. He was someone you loved and were just a bit afraid of all at the same time. His booming voice and larger-than-life personality were huge influences. He took an unchurched former Roman Catholic kid and saw the potential for pastoral ministry in me long before I did. I remember the day so well. It was in June of 1983. I was between my 7th and 8th grade years in the public school. I was really early to acolyte for the early service at Trinity Lutheran Church in Edwardsville, IL. He invited me to wait in his office before going into the church. While there his granite facial expression was soft. He asked me the question: “When do you leave for the Seminary?”
Being a good, new to the church 13 year old I responded: “I’m too young to die.” He laughed and said, “Seminary, not cemetery! I think you have what it takes to be a good pastor! Pray about it.” The next time I saw that soft facial expression from him was the day he ordained me, June 6, 1992. It was his last official act before retiring. 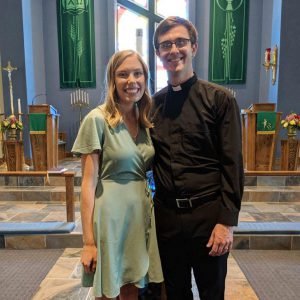 The person who influenced me the most was probably my Mother who is a Lutheran High School teacher. I don’t really remember anyone ever telling me I should a pastor, but my Grandpa is a pastor, my uncle is a pastor, my Dad was a Lay Minister, and my Mom is a Lutheran high school teacher. Growing up around people who dedicated their lives to serving Christ influenced me a lot. When I was in high school trying to figure out what I wanted to do nothing seemed right, until one day I was at a youth event listening to a pastor preach and all of a sudden everything just made sense. I realized that I wanted to be a pastor and dedicate my life to serving Christ and his people.

Since then I have had lots of supportive and encouraging professors and teachers. My High School guidance counselor applied for scholarships for me that I didn’t know existed, because she thought I would be a good pastor. People at Concordia like Dr. Paavola, Dr. Maschke, and Pastor Smith encouraged me and made me believe that I would be a good Pastor. Since then I have found more Pastors who have mentored me and helped encourage me on my path towards becoming a Pastor. But I would say that I feel the most encouraged by normal people in the congregations that I serve, and the places that I come from. People who have serious problems and ask me for help, people who allow me to share with them God’s Law and His Gospel, people who trust me even though I’m only a 24 year old Vicar.” 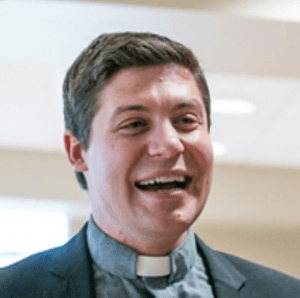 One of the biggest influencers who led me to consider becoming a pastor was my youth leader growing up, Scott Koontz. Scott owned a construction company in my hometown of Quincy, Illinois, and spent much of his free time as a volunteer leader of junior and senior high youth. Scott prepared countless Sunday morning Bible studies, where he would challenge us with God’s Word and stir up great conversation in our youth group. He also planned and attended many other activities, like lock-in’s, servant events, and would join us in games of pick-up basketball at our church. Scott was someone I sincerely looked up to, and his life served as a great model for me. One of the greatest things Scott ever did for me was that he didn’t add any undue pressure for me to consider the ministry. He knew there were many voices nudging me in that direction, and instead he helped me process my uncertain future—considering pastoral ministry as well as other things—and prayed that God would give me clarity and peace. Scott helped guide me through some of the most difficult and formative years of my life—I’m forever thankful for his passion and willingness to open his life up to me, and many other teens in my hometown! 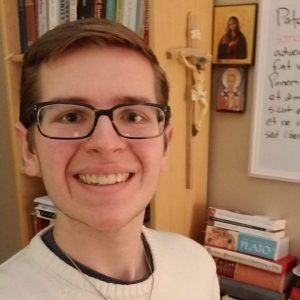 Evan Parat is a philosophy major who is minoring in theological languages. He plans to attend Concordia Theological Seminary in Fort Wayne following his graduation next year from CUW.

Following my conversion from American evangelicalism, Pastor Scott Stiegemeyer—who is currently a professor of theology at Concordia University Irvine⁠—played a formative role in guiding me toward discernment of the pastoral office, which has since been deepened under the shepherding of Pastor John Dreyer and Pastor Anthony Oliphant.

One particularly quaint summer evening back in 2012, a friend and I were tossing around a baseball and talking about our parishes. I was your standard American evangelical at the time, but a distaste for my congregation began to ripen within me. So after liking what I heard about my friend’s parish, I asked my mom if I could go with him on Sunday, and shortly thereafter I joined confirmation and Sunday school and the youth group. Through weekly attendance at Mass and catechesis I grew close to Pastor Stiegemeyer and quickened to value the Office of the Holy Ministry as the venerable treasure it truly is. After my pastor’s homily on the Feast of Pentecost in 2013, I leaned over to my mom and whispered to her, “I think I want to become a pastor.” My discernment of a vocation in the Office of the Holy Ministry has only grown more firm and deliberate ever since. 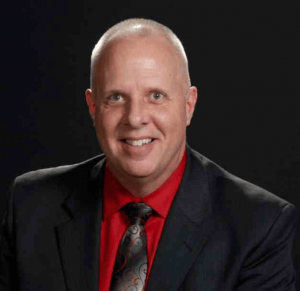 Brian Moseman is currently an assistant professor of theology at Concordia Wisconsin. He is also a regular organist at Beautiful Savior Lutheran Church in Mequon.

There were several people who influenced me to become a pastor. First was my grandmother, second was my confirmation pastor, and third was my parents.

Growing up as a child, my grandmother would often make the comment, “One of my grandsons is going to be a pastor.” In my mind, I did not see my brother nor my cousin being a pastor so the seed was planted in my mind to think about me being a pastor.

When I was in confirmation class around the eighth grade, I had a vacancy pastor, Rev. Robert Utecht, who had a strong influence on me. I do not recall him ever mentioning to me that I should consider being a pastor but I enjoyed the material I was learning from the Bible, catechism, and hymnal, and I was very impressed with the reverence and the joy with which he lived and conveyed this material to me. He spoke of and handled the Gospel and the Sacraments as the most precious gifts one would ever receive.

After comments and encouragement from friends, during my junior year of college, I finally decided that I would attend seminary and study to be a pastor. After my decision, I contacted my parents to let them know. I thought they would both be very surprised. To my amazement, my father was delighted and strongly supported me and I came to learn that he had thought about being a pastor when he was younger but never had the opportunity. My mother surprised me as she calmly responded that she always knew I would be a pastor some day. My parents were very supportive and encouraged me every step of the way for which I am grateful and give thanks to our Lord Jesus Christ.