In appreciation of Concordia’s trees

The bluff may get more glory, but CUW wouldn't be the same without all the amazing trees that help make our campus a special place to live and learn.

The earth brought forth vegetation, plants yielding seed according to their own kinds, and trees bearing fruit in which is their seed, each according to its kind. And God saw that it was good.
Genesis 1:12 (ESV)

In autumn, just about this time of year, when much of the campus turns into a blaze of color, it’s easy to appreciate Concordia’s trees. It’s truly a spectacular display. In particular, the trees surrounding the Chapel Courtyard turn a stunning shade of red.

But it wasn’t always quite that way. The trees that line the sidewalks around the Chapel Courtyard have only been in place since 2007, planted as part of a project to redesign that courtyard, along with the main front entrance. The main idea was to create a space that did a better job of showcasing our Chapel of Christ Triumphant. 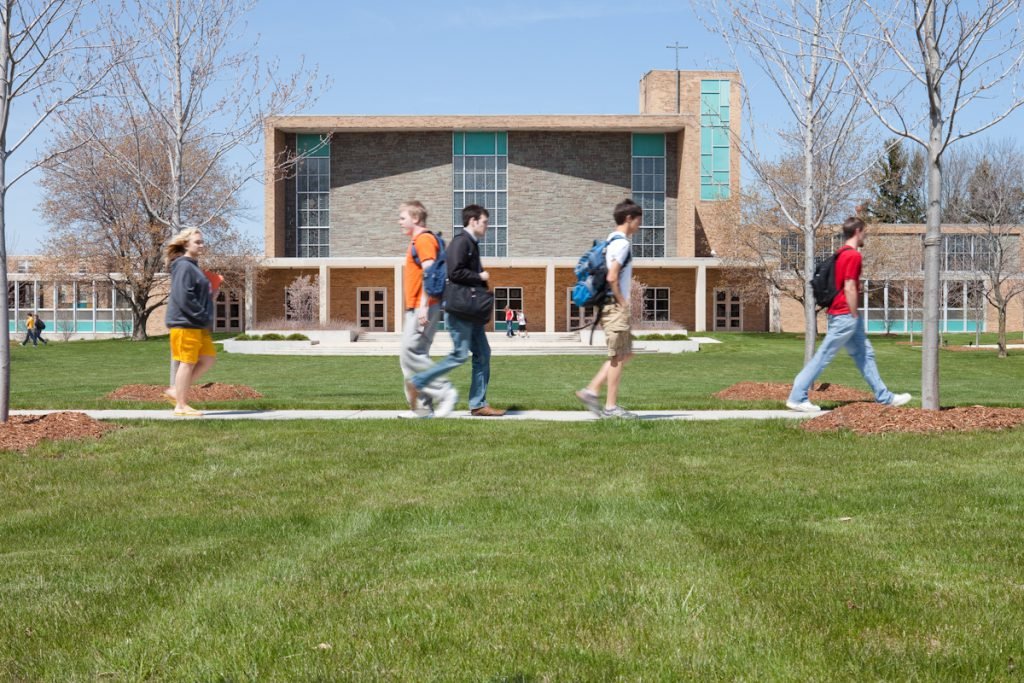 “The Chapel in our university is one of the most important elements of the campus,” said Al Prochnow, executive vice president and chief operating officer, who got the project started along with former vice president of enrollment services Ken Gaschk. “There’s so much attention to the lake front, and that’s what people see when they drive along that rim road. But as soon as they make that turn, we want their attention focused on the chapel.” 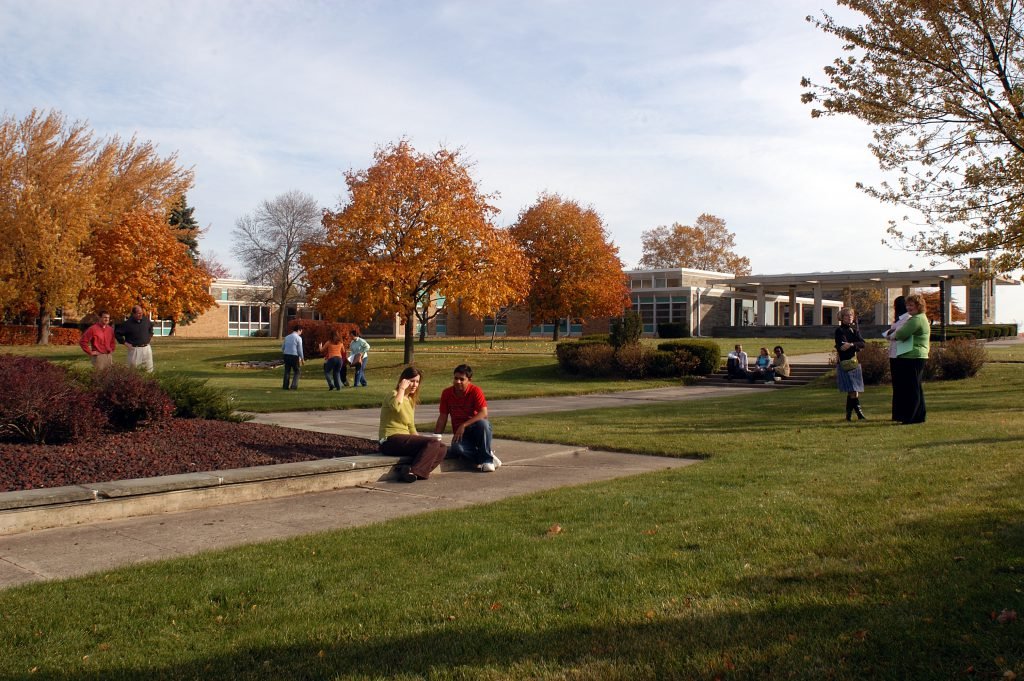 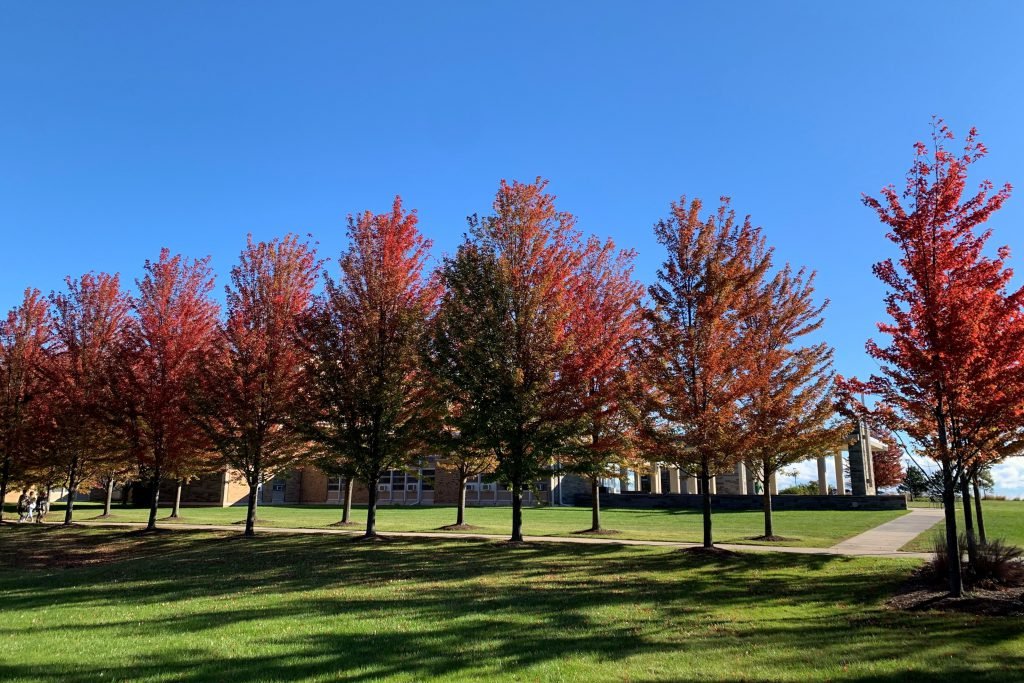 Believe it or not, the project ruffled a few feathers at the time, as some existing trees had to be removed. And it’s not always easy to, well … see the forest for the trees.

But today no one would argue that the project was anything but a resounding success. The courtyard—along with the Chapel it’s named for—is one of the true hallmarks of our beautiful campus. 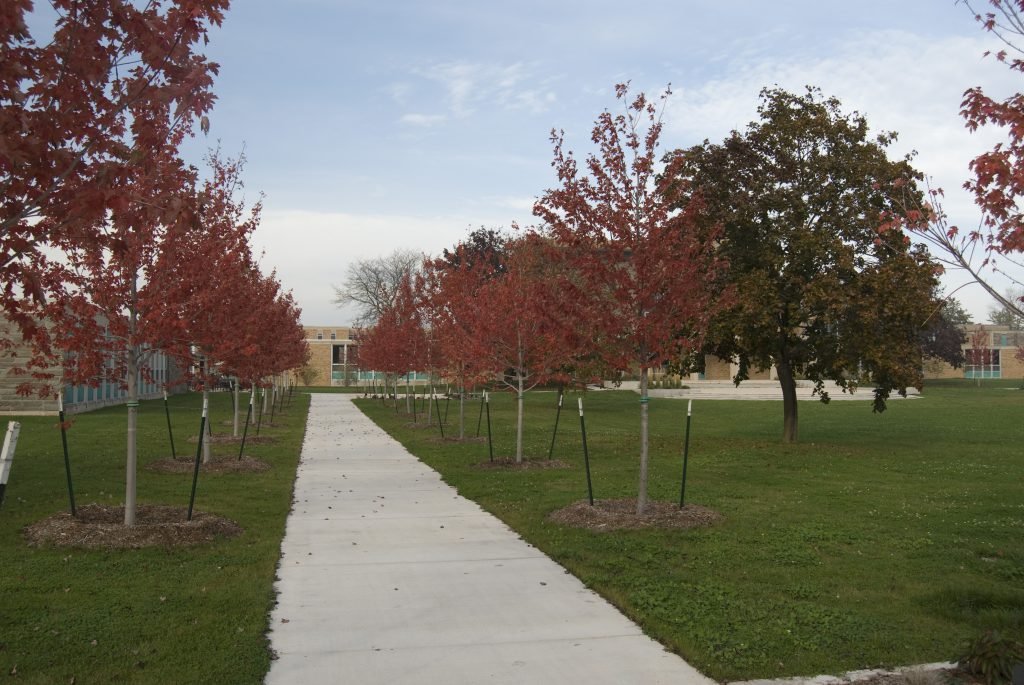 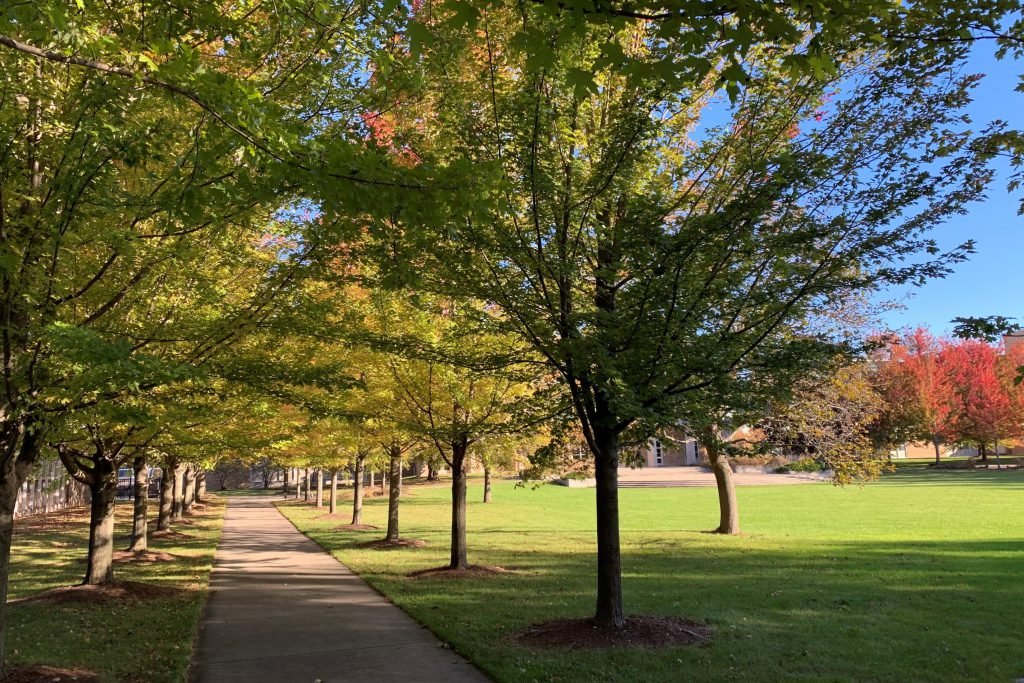 But the approximately 75 appropriately named “autumn blaze maple” trees that surround the courtyard represent just a fraction of the beautiful trees that beautify our campus throughout the four seasons. All told, more than 1,100 trees are located on the main campus. That seems like a lot—because it is. And each one is numbered, cataloged, monitored, and maintained.

“We keep track of all the trees, in part because they’re considered an asset to the university,” said Steve Hibbard, CUW’s director of maintenance. “We have records of where they are, what kind of condition they’re in, what species they are, and anything else we need to now.” 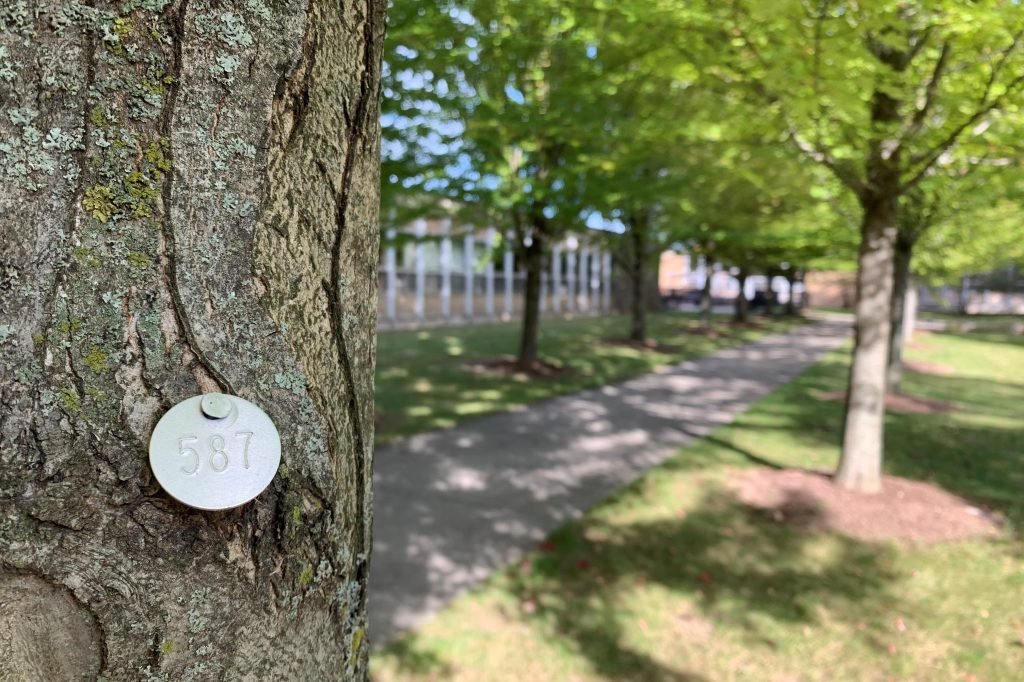 That’s why you see those small metal number tags on the trees. It makes it easy for the team to find out anything they need to know about a tree’s history, just by looking up the number. The records Hibbard’s team keeps also make it possible to dig up some interesting statistics. 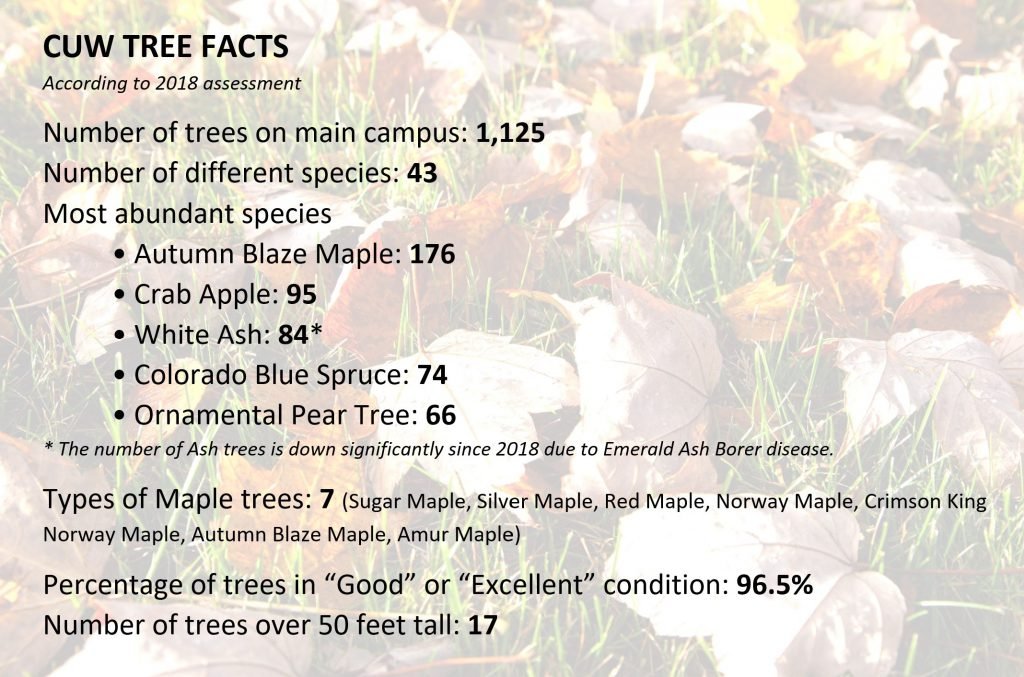 One last thing about the Chapel Courtyard trees: They’re spaced perfectly for hammocking!

“We did not anticipate that fad, but I love seeing it out there,” Prochnow said. “Early on I was worried that the trees might be too small and might bend, but now they’re perfect. I love it.” 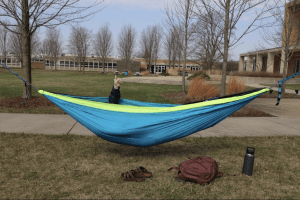 So the next time you’re out by the bluff gazing out over beautiful Lake Michigan, take a moment on the walk back to appreciate the natural splendor of Concordia’s diverse and plentiful trees.

Alternative education: What this licensure could mean for you
previous story
Adult Physical and Occupational Therapy Clinics
next story