Coaches turn to technology for recruiting; staying in touch

Concordia University Wisconsin's coaches are utilizing advanced technology to not only recruit athletes for their 2020-2021 seasons, but to stay in touch with current players.

Zoom meetings, Blackboard sessions, Facetime and virtual admissions tours of Concordia’s 200-acre campus have replaced customary scouting trips and personal visits because of the coronavirus pandemic sweeping across the world.

“These are truly unprecedented times we’re facing in this global health crisis,” said Athletic Director Dr. Rob Barnhill. “I know one thing though is that the fire within us will keep us all pushing forward until we’re able to get back on the field again, competing as one team with one common goal – to be champions.”

“I’ve been on the phone attempting to get commitments from players we’ve been recruiting since last spring,” said Shawn Cassidy, who became the winningest coach in Concordia men’s basketball history earlier this season when he eclipsed William C. Ackmann’s longstanding mark of 215 victories over a 28-year span.  In 1995, the William C. Ackmann Memorial Hall of Fame cuw.edu/halloffame was established in honor of the beloved and legendary coach and athletic director to annually recognize past Falcon greats.

“One positive is that we’re receiving new inquiries and updated videos from players, since they’re also at home thinking about college this fall,” noted Cassidy, whose team won the Northern Athletics Collegiate Conference Tournament with a thrilling, overtime victory at home to automatically advance to the first round of the NCAA Division III Tournament. Unable to scout players at state high school tournaments in March, the 12th year coach indicated another big change for him will come later this month since the Amateur Athletic Union basketball season has been cancelled.

“We’ve been paying extra attention to our communication with next year’s class, and our recruits appear to be as committed as ever to attending Concordia,” said Assistant Director of Athletics and women’s softball coach Steve Crook. “The university has done a nice job with virtual tours and making Zoom appointments available with both admissions and the coaching staff,” noted Crook.

Longtime head football coach Greg Etter indicated his foremost concerns when reaching out to a prospective player are their health, their family’s health, their academics, their workouts, and communication with teammates. “Our coaching staff is using every means of communication to get recruits to commit,” said Etter. “We’re also in the process of setting up a video game challenge for current players, current commits and undecided recruits to keep us all connected.”

Two of the biggest challenges facing coaches are team meetings and physical workouts for their players, since the weight room is not available. Zoom and Blackboard have been integral for both, as the strength and conditioning staff has placed demonstrations on both platforms, according to Etter.

“Our current players connect on Zoom and one of them leads a team devotion,” noted Senior Associate Director of Athletics and women’s basketball coach Stacey Brunner-Jones, who has recorded the most victories in Concordia women’s basketball history.

“We’ve been having group chats so we can share videos of workouts,” added Brunner-Jones, who also has reached out to past players for videos about their favorite Falcon basketball moments and an update on their families and career. 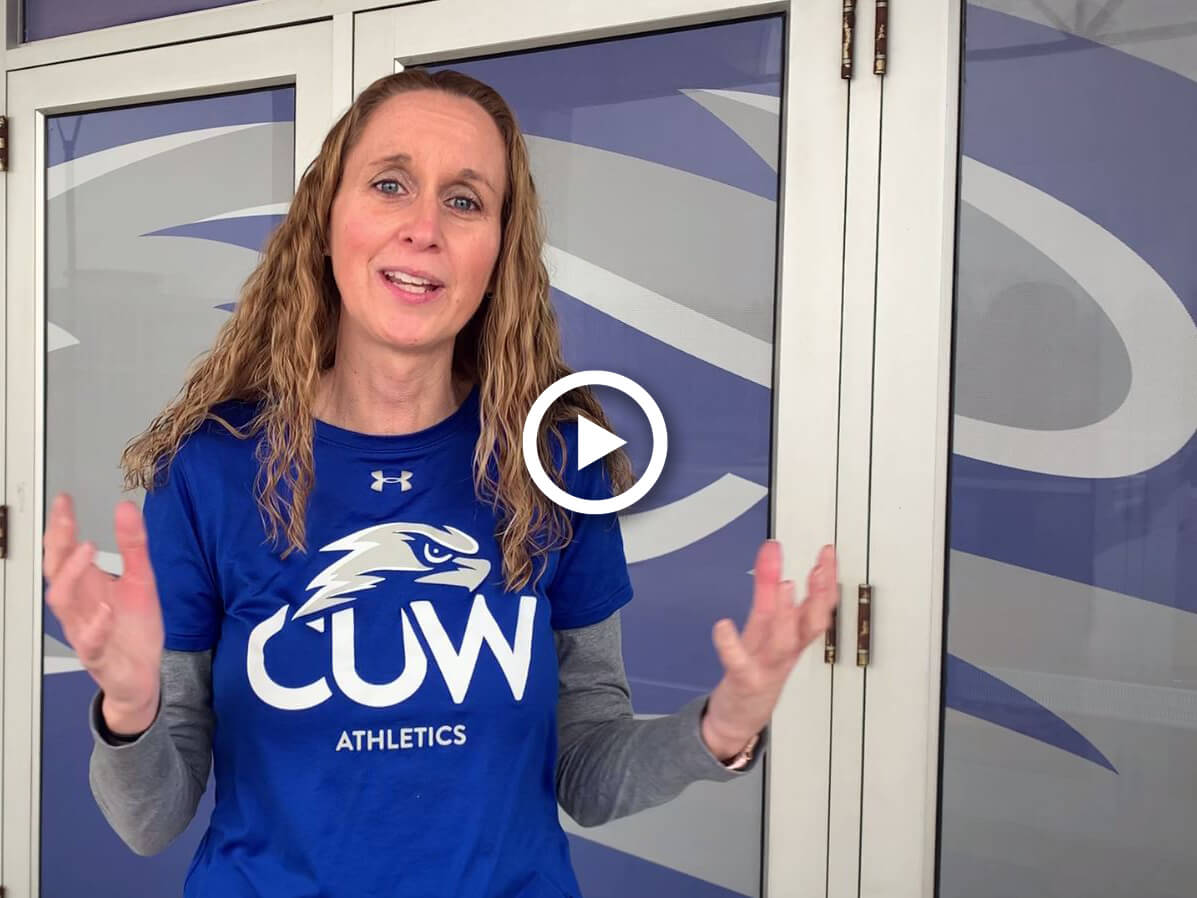