With the movie "A Beautiful Day in the Neighborhood," starring Tom Hanks as Fred Rogers, opening in theaters nationwide tonight, those of us who grew up with Rogers' television program can not only reminisce, but also consider some of the show's lessons—ones that continue to apply no matter how old one is.

1. Take time to really appreciate others.

People who knew and worked with Rogers often said that when he spoke with you, you felt like the most important person in the world.  He listened carefully, and waited, never rushing anyone for an answer, no matter how long the pauses in between needed to be. You felt you were really being heard, being listened to. And how often can we say we encounter this attitude from others today?

Related: How did Mister Rogers inspire you? PBS invites you to share your story. Watch exclusive video. Pass it on.

2. People can love you just the way you are.

In a world of commercial messages telling you that you need this and that and implying that you aren’t good enough otherwise, and social media pressures, plastic surgery, intense image consciousness, and a constant barrage of suggested improvements and demands to fit into the molds that society praises and exalts, it’s nice to know that not only can you be who you are, but that others can still like you as well, even love you. Rogers always did.

The various neighborhoods making up Rogers’ imaginary world―the Neighborhood of Make-Believe, the towns and lands around it, the neighborhood sets, and all the other places seen on the show―demonstrate Rogers’ immense creativity, along with all the characters that populate the show.  The Neighborhood of Make-Believe had a history spanning 33 years, and it grew and developed over time, along with its inhabitants; something that the casual viewer of the program may not even realize or appreciate. Rogers put more work into his world than do most worlds of children’s television shows, because he cared about creativity, and encouraged it in both children and adults.

4. Everyone is our neighbor.

With media technology allowing us to communicate instantly across the globe, this becomes truer today than it was during the time Rogers’ show was originally airing.  The show never shied away from life’s problems, and discussed such subjects as war and divorce.  The residents of the Neighborhood of Make-Believe did not always get along; Lady Elaine could become quite feisty, and King Friday XIII quite pompous, and other personality clashes, miscommunications, and misunderstandings often became the topics of episodes.  But despite differences and disputes, in the end the neighbors cared about each other and pulled together, whoever they might be.

5. It is a beautiful day in the neighborhood.

Both Fred Rogers and his show were often noted for their slow, deliberate pace, and even parodied for it. But in today’s increasingly fast-moving world, the message of taking time out to appreciate life, and considering it in a calm, collected manner, is more valuable than ever, and more necessary than ever. Put away your digital devices and walk among the woods, or even just around the block, and appreciate the simple things God has been so gracious to give us; our homes, family members, simple food and drink, the sky, trees, the wind, color and beauty. 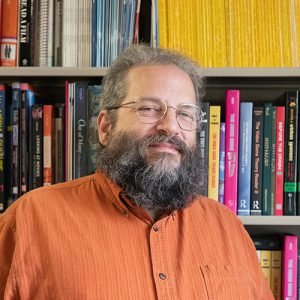 —Mark Wolf is a full professor of Communication at Concordia University Wisconsin and is the author of more than 20 books, including The World of Mister Rogers’ Neighborhood. Other books include Abstracting Reality, The Medium of the Video Game, Virtual Morality, The Video Game Explosion, Myst and Riven: The World of the D’ni, Before the Crash, Encyclopedia of Video Games, Building Imaginary World, The LEGO Studies Reader, and Video Games Around the World. With Bernard Perron, he is the co-editor of The Video Game Theory Reader 1 and 2, and the Landmark Video Game book series.

461 to graduate at CUW's December 14 commencement
previous story
Why Social Work? Our faculty’s perspective
next story