Meet Shacale Whitaker ('21), a first-generation college grad whose life goals and gumption have her on pace to become a speech-language pathologist. 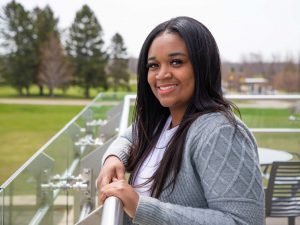 There’s been no room for senioritis where Shacale Whitaker is concerned.

The first-generation college enrollee and sibling of eight has worked hard every step of the way to earn her Bachelor of Science in Communication Sciences and Disorders degree. On Saturday, she’ll cross Concordia University Wisconsin’s commencement stage to proudly become the first in her family to earn a degree.

She has her sights set on becoming a speech-language pathologist (SLP). She was accepted into Concordia’s SLP program, and she’ll begin graduate courses this summer.

Yes, it’s all coming up roses for Whitaker, but that doesn’t mean she hasn’t had her doubts along the way.

One particularly sinking moment came just a month ago as she was sitting on I-43 near the Brookfield exit, the crumpled rear end of her Chevy Equinox obtrusively occupied by a GMC Savana; her body and mind in complete shock from the collision that had transpired.

Just before the crash, Whitaker was reveling in the completion of her Graduate Record Examination (GRE), the standardized exam that is widely required around the world for admission into graduate programs. She had gone to extraordinary lengths to take the exam after newly realizing in March that it was a requisite for the next phase of her schooling, even though the application for CUW’s SLP graduate program was due in February.

The exam was $200 that Whitaker didn’t have, and the timeline didn’t bode in her favor. But when Associate Professor Dr. Heather Pauly and Dr. Mikaely Schmitz reached out to assure Whitaker she could still make it and that there was an opportunity for financial support for the exam, Whitaker couldn’t pass up her chance.

She had to hustle to fill out the tuition reduction paperwork, wait for the approval to come back, cram in GRE studying (on top of her regular studies) in the span of two weeks, and, finally, drive to Brookfield to take the test.

“I was fully aware that this was like a Hail Mary, because even after I jumped through all of those hoops there was no guarantee that I would get in,” Whitaker said. “Part of me was like, ‘Is it worth it going through all of this?’

A fair question considering the cost, rigor, and overall toll that higher education can take on a person, but Whitaker has a history of rising to the occasion despite the odds.

“I ultimately felt like because I had started it, I just needed to see it through to give myself that opportunity.”

And she continued to see herself through to the end of the semester, seeking out physical therapy after the April 3 car collision just as she had sought out the help and guidance she needed to begin college in the first place.

There was a distinct moment Whitaker’s senior year of high school when she was forced to reckon with her future.

“All my friends seemed to have everything together,” Whitaker recalls. “They knew how many schools to apply to, how to apply to them, and when to apply. My parents never even talked about college or the application process. They were supportive of me going to college but it just wasn’t expected, and they didn’t bring it up because they had no context.”

Not knowing where to begin, Whitaker decided to fall in step with her friends. She applied to the four Wisconsin colleges that most of her peers chose, but as she toured the campuses she felt a void.

“None of the schools were right for me, and that’s because they weren’t right for me,” Whitaker says. “They were great schools, but great for my friends. Faith is really important to my family and they instilled that in me too. It’s definitely been a blessing to be at Concordia because I think it’s important to keep faith central.”

The extra care she received from professors once she arrived served to further solidify her choice.

“I’m just really thankful for all the support I’ve received from my professors,” Whitaker says. “All of them have been so in my corner. I probably couldn’t have done this without them.” 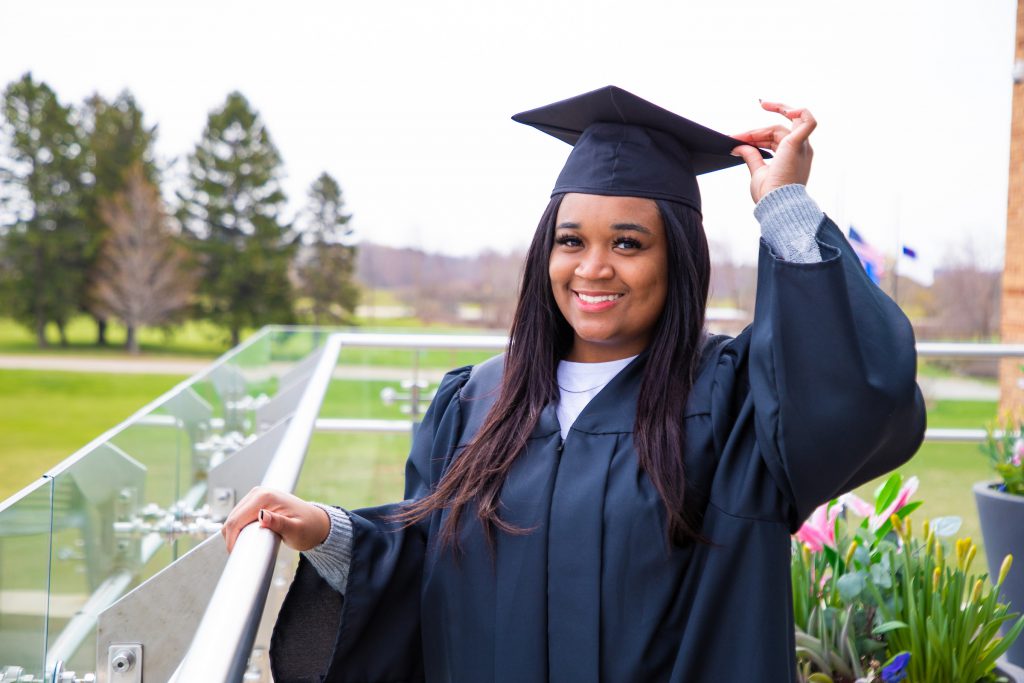 The privilege of aiding communication

Even her road to choosing her major was meandering. When she was young, Whitaker talked about becoming a pediatrician, and at some point that switched to psychology, then nursing. When she began at Concordia, she had landed on becoming a physician assistant. She made it three years in before she was able to admit to herself that a career as a PA was not for her.

Through all of her grappling, one thing remained constant: she knew she wanted to help people.

Soon after her PA revelation she was reminded of a speech-language pathologist who had made a tremendous impact in her sister’s life.

“I call it my divine intervention moment,” Whitaker said. “It was like a lightbulb came on. Over the course of the next week, I literally saw SLP everywhere—signs around campus, overhearing conversations about it, even watching a reality TV show and one of the contestants was an SLP.”

She may have had fears and reservations along the way, but Whitaker didn’t let them stop her from achieving her career ambition. Soon she’ll be making good on her lifelong desire to help people, this time as a career speech-language pathologist.

“I love talking with people so that’s really appealing to me,” Whitaker says. “I like that there are so many different ways that I can apply my major. But mostly, I love that I’ll get the privilege of being invited into such a vulnerable space with people. It’s such an honor to provide people with the means to communicate.”

Concordia offers the Bachelor of Science in Communication Sciences and Disorders program for undergraduates who wish to pursue their master’s in speech-language pathology either at Concordia or another accredited university.