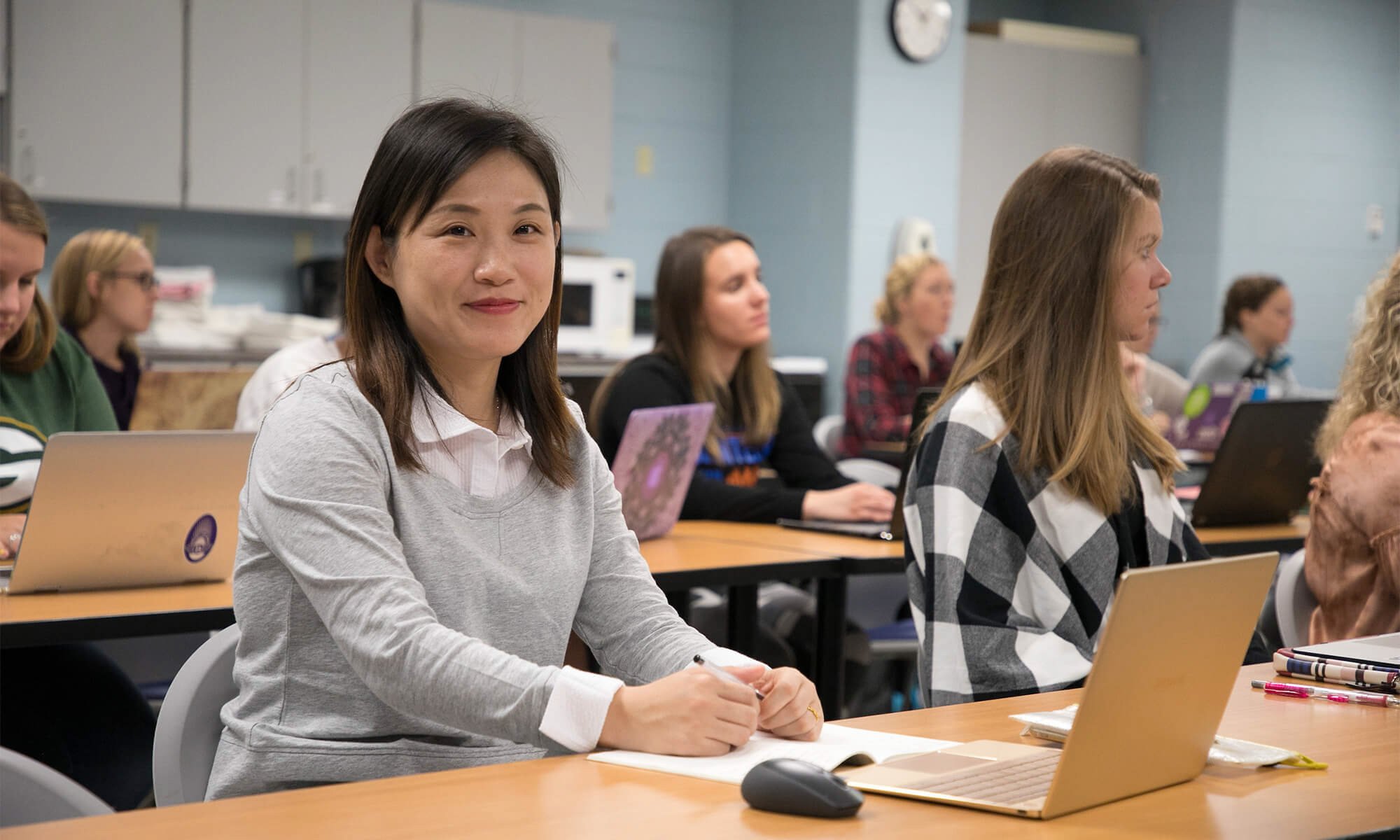 With an advanced academic degree already under her belt, Min Liu is far from a typical undergraduate student.

Yet Liu has decided to step into the shoes of a Concordia University Wisconsin traditional undergraduate student for a full academic semester, leaving her husband and two young children in China and taking up residence in Heidelberg Hall on Concordia’s Mequon campus, just as an incoming student would do. She moved into her CUW dorm room on Aug. 23 of this year and she won’t return to her hometown of Shanghai until mid-December.

It’s all for the sake of the more than 170 Chinese students who are currently enrolled in Concordia’s Bachelor of Science in Rehabilitation Science dual degree program with Shanghai Normal University Tianhua College in Shanghai, China.

Launched in fall 2017, the BSRS degree program is the first of its kind to be authorized by the Chinese Ministry of Education. The program is designed to be completed in four years, with Tianhua student’s third year spent on Concordia’s campus.

As Director of Rehabilitation Science for Tianhua, Liu’s stay in the States is meant to pave the way for the nearly 50 third-year students in the program who will travel to Concordia in less than nine months. Liu spends her time learning American teaching methodologies by sitting in on classes, visiting clinic sites, observing the routines of student life, and attending volunteer events to better understand American culture.

“I hope to improve my teaching competency by academic visit and in turn help my job in the future,” Liu says.

Even though Concordia offers multiple other dual degree programs with international schools, this is the first time the university has hosted a representative from a partner school in this manner, says Christine Kao, Concordia’s senior director of the Asia-Pacific region.

“This is the first rehab science dual degree program in China and so a lot of people are looking for a good outcome,” says Kao. “The expectation is pretty high.”

Upon completion of the BSRS program, students will be equipped to meet the booming demand for elderly care positions in their home country. In 2016, the Chinese government announced the Healthy China 2030 initiative, a blueprint of sorts that outlines areas of need and goals for improved health care within the country. The plan articulates a goal for China to meet a three-to-one ratio of medical professionals to patients within the next 11 years. With a population of 25 million people in Shanghai alone, the demand for more health care professionals is tremendous, says Kao.

Liu, who goes by the American name “Lisa” while in the U.S., is also paving the way for four more Tianhua professors who will arrive this coming summer to enter the MSRS program and help prepare for the arrival of the first batch of Chinese students in fall 2019.

“Welcoming Lisa to Concordia’s campus as a colleague is an exciting step in our partnership with Tianhua as we anticipate the arrival of our first BSRS Chinese students next fall,” says Birner. “Concordia’s mission continues to grow and expand worldwide through partnerships such as these.”