It’s a tradition among many Falcon athletic teams to make service projects a regular part of their team activities. These outreach efforts not only help the community and encourage team bonding, they support CUW’s mission to develop students “in mind, body, and spirit for service to Christ in the church and the world.” It’s a win-win-win.

But what happens when a global pandemic cancels your season altogether? And then, when you finally come back to play the next year, it makes it harder to get out into the world and serve?

For the Concordia University Wisconsin softball team, the answer was right there in front of them. More specifically, it was in their shoelaces. 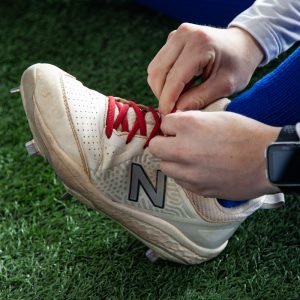 It all really started even before COVID hit. In late 2019, when his mother lost her battle with cancer, head softball coach Steve Crook was deeply moved by the outpouring of love and support he received­—from friends, family, fellow coaches, alumni, and other members of the Concordia community. 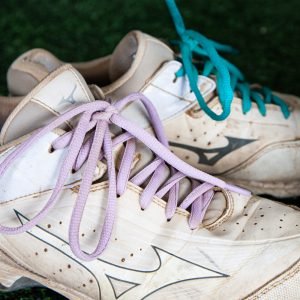 “It also made me realize just how big an impact cancer makes in the lives of people around me,” he said.

Kelsey Bollon (’21), a team captain, understands that impact all too well. Her stepmother is currently fighting hard to beat throat and mouth cancer. And she’s not the only player with loved ones fighting the disease. So when the players and coaches put their heads together this spring to come up with ways to help others, a cancer fundraiser and awareness campaign seemed like a natural fit. 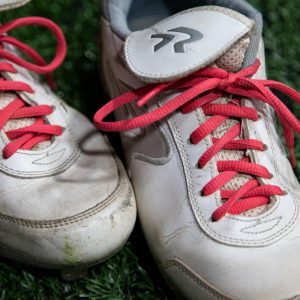 “We thought that collecting change and donating money to the cancer society, and getting shoelaces with some type of meaning, to show we’re impacted by cancer, was a good way to show our respect and share our thoughts,” Bollon said. “So that’s the direction we went.”

Everyone probably knows that breast cancer is traditionally represented by the color pink. But other types of cancer have a designated color, as well. So it made sense to wear different colors laces to represent the different forms of the disease affecting various loved ones. 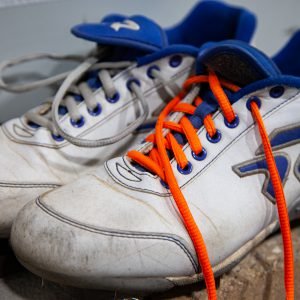 Bollon, for example, wears maroon laces for throat and mouth cancer. Junior pitcher Alyssa Vilkoski also wears maroon laces to honor her great-grandmother, who lost her battle to throat cancer just this month. Almost every player on the team has a connection to someone battling the disease.

“For me, and probably many others, there isn’t much you could do to help someone who is diagnosed with cancer other than to pray and be by their side, helping them fight their battle,” Vilkoski said. “Knowing that my team was going to be raising money for cancer awareness was another way that I could help my grandmother and many others who are battling cancer.”

In a “normal” year, the team would typically take part in three different service projects. But with so many COVID-19 restrictions in place, it’s been hard to find opportunities to get out into the community. 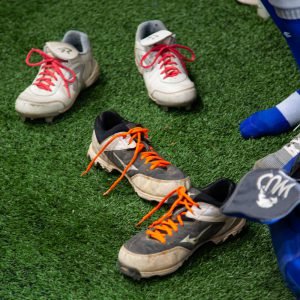 The fundraising has come primarily through collecting spare change, Crook said. All of the athletes scrounged through their own desk drawers and pocketbooks and couch cushions and changed jars to come up with whatever they could. They also got donations from friends and families.

It has always been more about awareness and team camaraderie than a dollar amount, Crook said, but he’s also been pleasantly surprised by the generosity he’s witnessed. 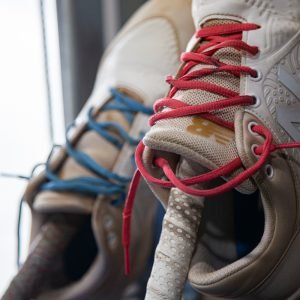 “At one of our games, I had a fan walk up—it turned out to be a family member of one of our players—and say, ‘I hear you’re collecting change! I collected all this!’” Crook said. “He handed me a bag with $50 in quarters in it!”

For Bollon, the situational awareness the campaign fosters has helped her cope. Home is only about two-and-a-half hours away, near Rockford, Illinois, but it’s difficult to get there to be with her stepmom as often as she’d like—especially during softball season, when practices and games take up so much time.

The whole situation can also be difficult to talk about.

“When it first happened to me, I wanted people to know, but I didn’t want to have to tell them,” Bollon said.

She credits Coach Crook with making all that easier. “He was able to say, ‘Is it okay if I tell people? Is it okay if I pray for you and your family today?’ It helped raise the awareness of what I’m going through. And it’s nice not to have to explain it to everybody, because sometimes that’s hard.” 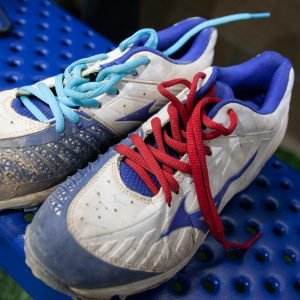 “Service projects are a great, intentional way of building a team,” Crook said. “This one is maybe a little less visible to others, in terms of getting out into the community, but we’re certainly trying to make an effort to let people know that so many of us have been affected, and to be there for each through these challenges.”

“It shows who we are as a team,” Bollon added. “We’re all just ready to get out there and help, and to live out the Christian mission of our school by helping as many people as possible.”

Success at All Levels

Besides being so committed to one another and to helping the community, Crook has other reasons to be very proud of this team. For one thing, they’ve been performing like champions on the field. As of this writing, the team is on a 13-game winning streak with a record of 22-4 overall. They sit at the top of the NACC standings with a spotless conference record of 12-0. And they are 24th in this week’s National Fastpitch Coaches Association (NFCA) NCAA Division III rankings. 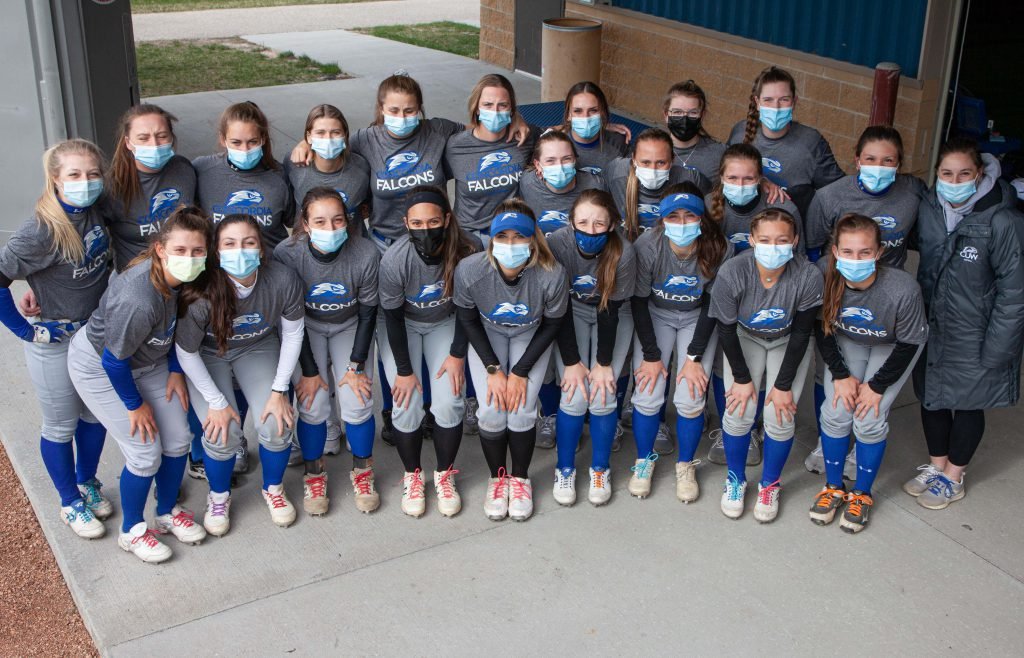 But even that’s not what seems to make Crook most proud. The biggest smiles come when he talks about the team’s academic excellence. 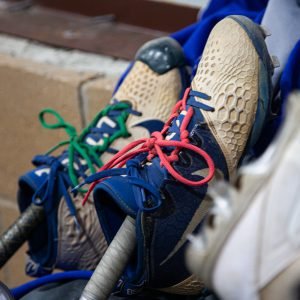 “This is a group of really great student-athletes,” he said. “Our typical team GPA is about a 3.4, which puts us in the top 10 percent of the country.” 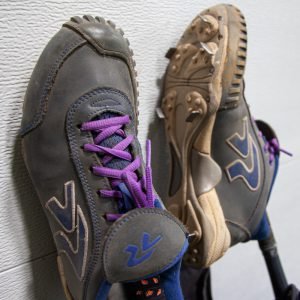 That’s not something that happens by accident. It starts with a coach who stresses that the “student” comes first in “student-athlete”—and a team that truly takes it to heart.

“We really stress academics on our team,” said Bollon, a secondary education-mathematics major. “All of our girls work really hard in the classroom and on homework. On away games, if you walk up and down the bus, you’ll see a bunch of players with computers open working on homework.”

To tie it all together (see what we did there?), this is a team that seems to have it all. Compassion for one another. A heart for serving the community. The drive to succeed at the highest levels on the field. And a commitment to academic excellence off it.

“They’re the kind of kids that represent our school really well,” Crook said. “They’re great students, they’re great athletes, and they’re really good people. In terms of truly supporting the mission of Concordia, this is about as good as it gets.”