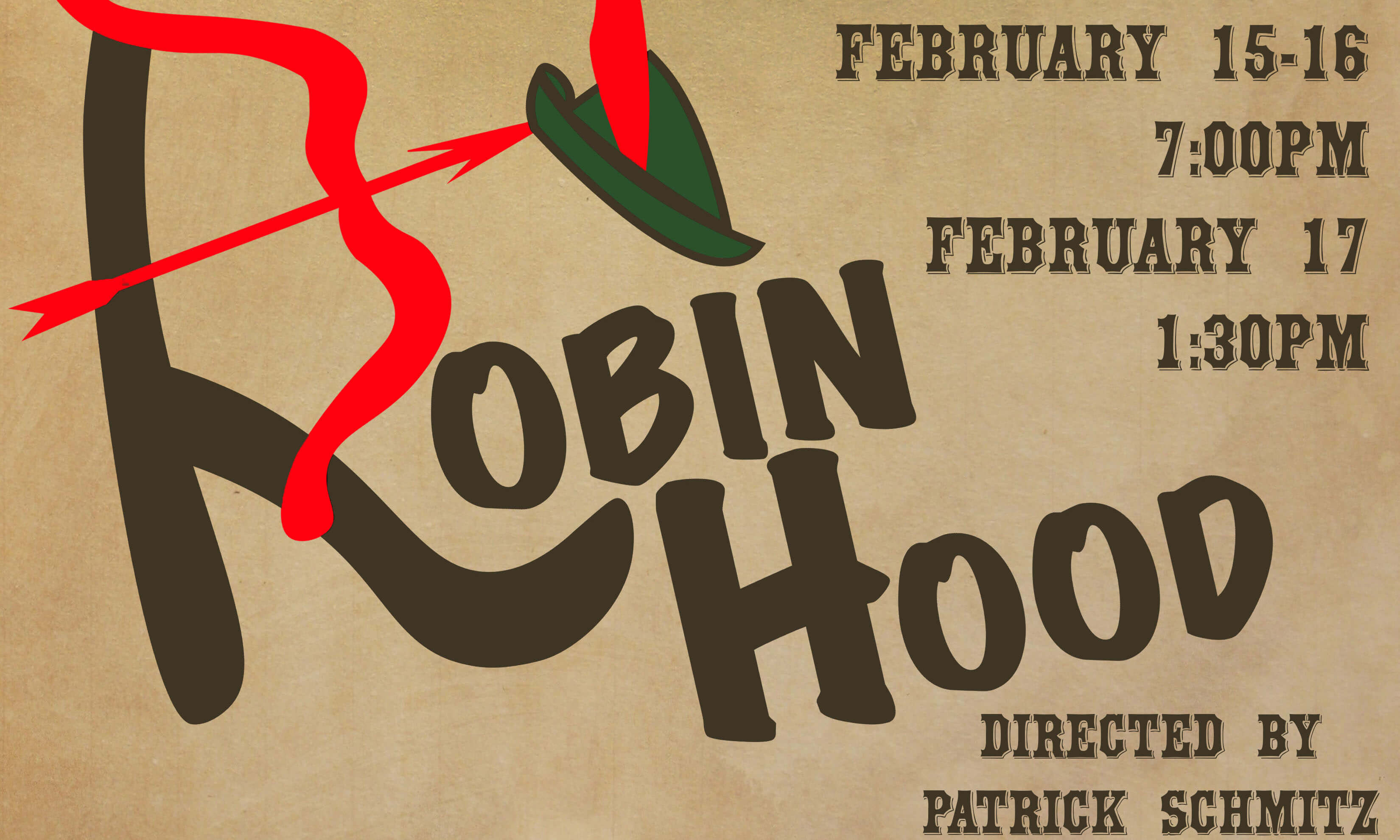 Theater Director Lori Woodall-Schaufler will produce Robin Hood, which has had numerous adaptations and variations of the original story over the last six hundred years. A master of fine arts graduate from the Walt Disney owned California Institute of the Arts, she has infused enthusiasm into a program that has seen an exponential rise in the number of students auditioning for performances. Since 2013, Woodall-Schaufler has directed or produced nearly 20 performances.

“We’ll be presenting the traditional tale of the outlaw folk hero,” said Woodall-Schaufler, “combined with a hysterical, sprawling, action-packed drama.” Early ballads link Robin Hood to identifiable real places, but in popular culture he and his band of “merry men” are portrayed as having lived in Sherwood Forest in Nottinghamshire, England.

Showtimes in the Todd Wehr Auditorium are

Other upcoming productions this spring are: The Mousetrap, April 12-14, and Steel Magnolias, April 26-28.