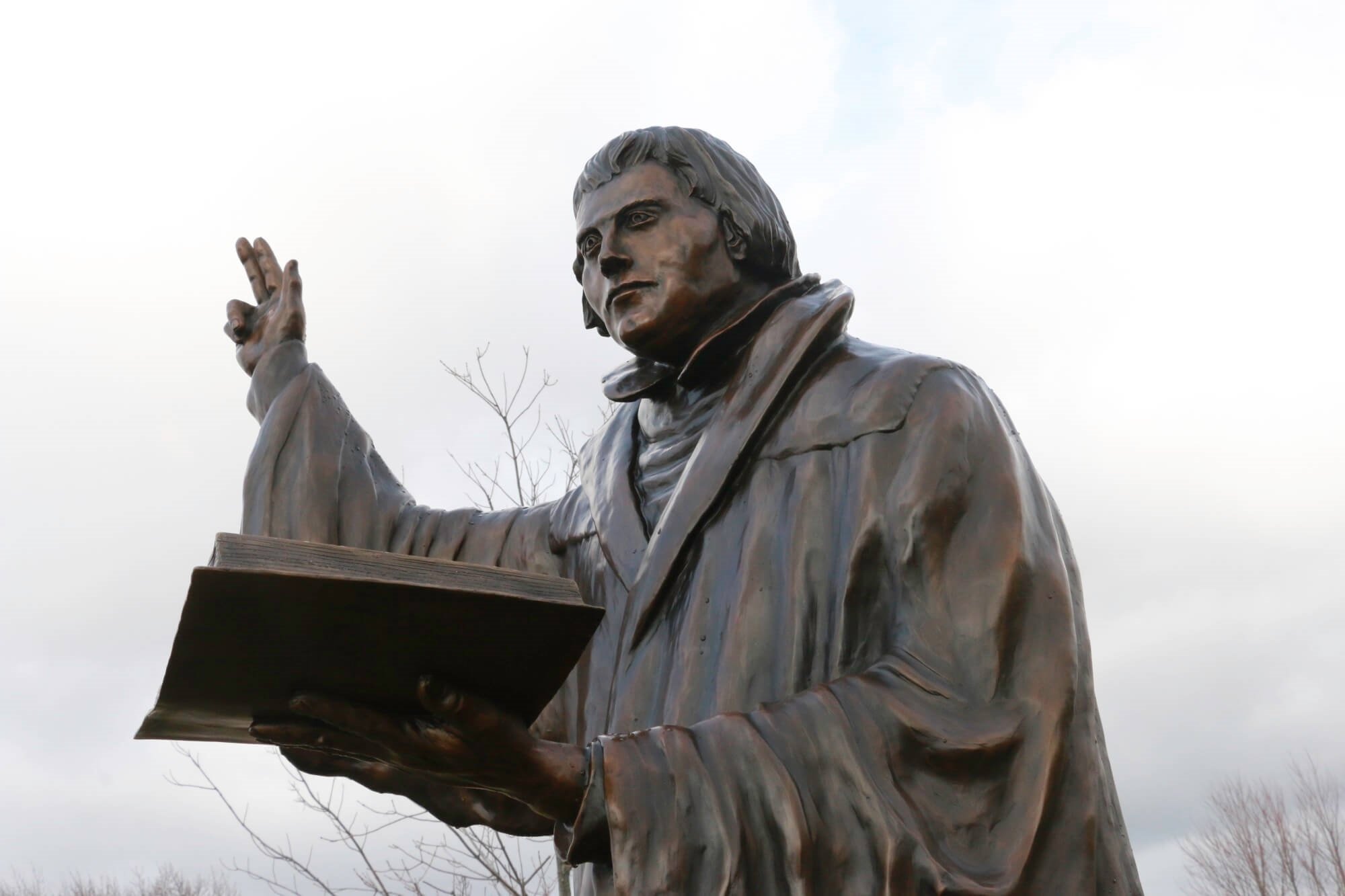 On this 501st anniversary of The Reformation, we revisit articles written in 2017 by Concordia University Wisconsin and Ann Arbor faculty and alumni on the significance of the solas.

Martin Luther’s revolutionary answers to these questions can be summed up by the three solas: Scripture alone, grace alone, and faith alone. As we celebrate the 500th anniversary of the Lutheran Reformation with this issue of the Concordian, three members of the Concordia University Wisconsin and Ann Arbor family explain the meaning of these three solas and apply them to our lives. They will point us, of course, to salvation by grace through faith in Christ alone. To God alone be the glory!

Brian German (’07, CUW) is assistant professor of theology at Concordia University Wisconsin and director of the Concordia Bible Institute (www.concordiabible.org), a servant institute of CUW. He graduated from Concordia Theological Seminary in 2010.

Perhaps the most widely known sola of the Reformation is sola scriptura— “Scripture alone.” When Martin Luther saw that the Pope and councils of the Roman Catholic Church were being elevated to a status equal, or even superior, to the Word of God, he and other reformers argued against this with the language of sola scriptura—the belief that Scripture alone holds the ultimate authority in the Christian Church. While traditions and councils can lead astray, Scripture cannot err, and, therefore, has the final say in one’s faith and practice. As Luther put it, “Scripture alone is the true lord and master of all writings and doctrine on earth.”

I take great delight as a faculty member in how sola scriptura continues to impact the Concordia community. The university’s core curriculum, for example, is designed for students to learn early in their programs about the content of Scripture (the Bible), what Scripture teaches about God and humanity (The Christian Faith), and how Scripture remains foundational in a particular facet of Christianity (a religion elective). I also marvel at the Lord’s work among us when students share with me how Scripture gives them a greater knowledge of self, strengthens their faith, and relates to their everyday lives far more than they had imagined. While many years have passed since the 16th century, the Word of the Lord as the ultimate authority for our faith and life endures forever.

Five hundred years ago, Western Christians faced daunting spiritual prospects. Death was a mundane reality in plague-wracked Europe, and life after death was a culture-wide obsession. Religion was everywhere, preaching that righteousness with God could only be obtained by doing all of the right things. Fast. Pray. Give. Abstain. Observe. Obey.

Within this context, the Reformation teaching on sola fide—“faith alone”—must have been like water in a parched land. Just believe in Christ’s death and resurrection? Trust in God’s promises? That’s all it takes to be saved? What an indescribable gift!

For this reason, I’m especially grateful for the way in which sola fidepervaded my time at Concordia. Academic excellence was expected, but that expectation was always framed within a larger story. Every chapel service, every dorm devotion reinforced this truth: “For by grace you have been saved through faith. And this is not your own doing; it is the gift of God, not a result of works …” (Ephesians 2:8–9).

I had to earn my grades at Concordia. But salvation? I knew that could never be earned. It was mine by faith. Faith alone. Sola fide.

Todd Liefer (’07, CUW) is an associate pastor at Bethany Lutheran Church in Austin, Texas. He graduated from Concordia Seminary, St. Louis in 2011.

Our world demands perfection. Typos have no place in ad campaigns. The accuracy of a doctor’s diagnosis could be the difference between life and death. Anyone want to fly with a pilot who’s “usually pretty good”? Not a chance. God demands perfection, too. At least that’s how Luther felt. The fear of purgatory drove him to the confessional booth regularly to confess his many sins—one by one—or he would face eternal consequences. But salvation had already been given to him as a result of God’s favor in Christ.

For Luther, everything changed with the phrase sola gratia—“grace alone.” Scripture showed Luther that salvation was a gift from Jesus, the perfect Son of God. Jesus freely gives grace—that is, forgiveness and eternal life—to all who believe in Him. No longer did Luther wonder if he’d earned his way into God’s Kingdom. Salvation had already been given to him.

As a parish pastor, I don’t expect the people in my congregation to be perfect (and vice versa!). Instead, I want my church to be what I saw at Concordia: a community that inspires its people to live sola gratia. What a blessing to walk beside faculty and peers who challenged me to live like Christ and who shared forgiveness with me when I failed to do so. God’s grace changes communities. I saw that at Concordia, and I see it in my congregation today. As a group of imperfect people, it’s always a joy to gather and hear that our sin is no match for the grace of God.