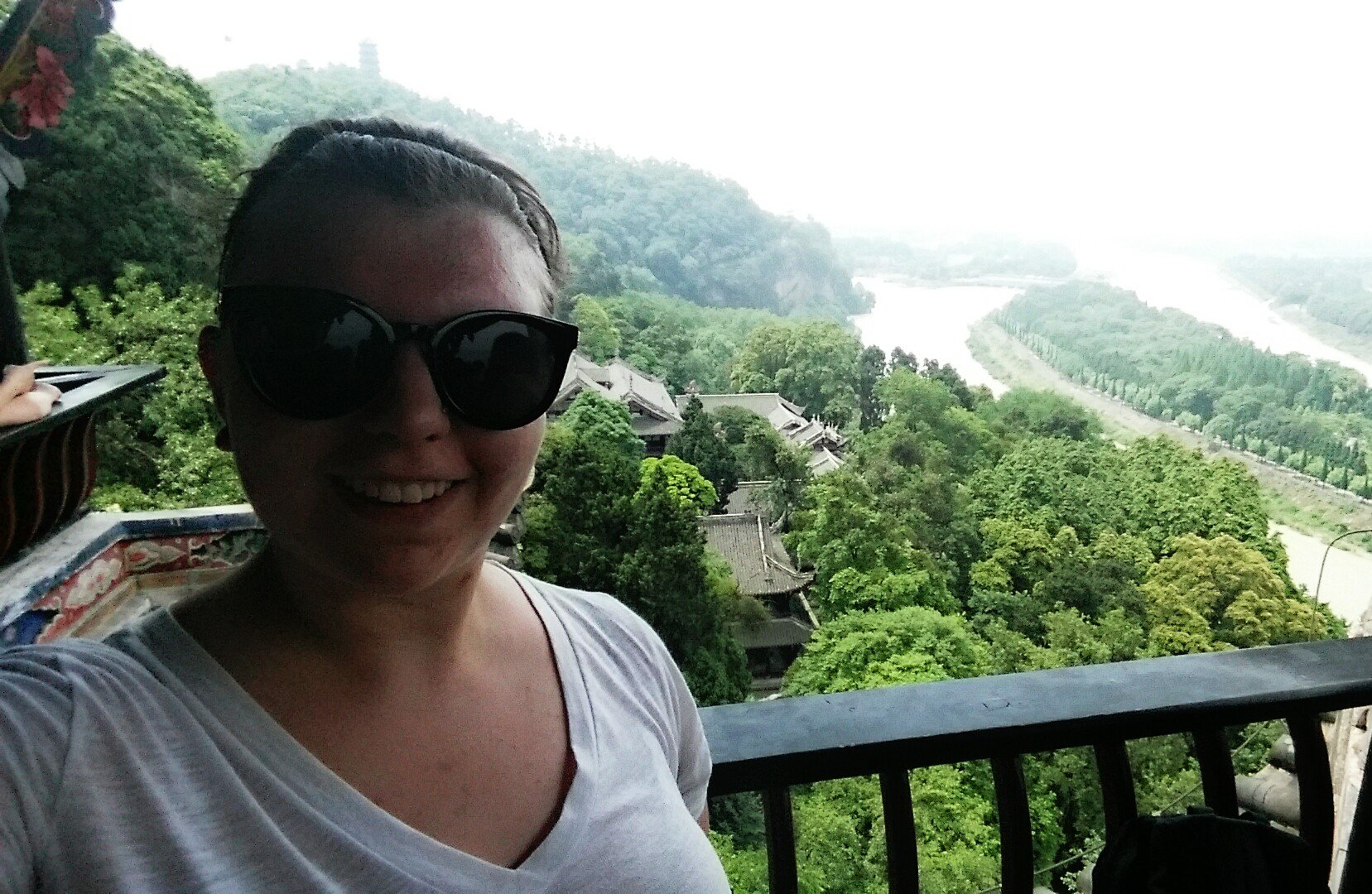 The small town pharmacist has long been a staple of rural communities. For one student set to graduate from Concordia’s School of Pharmacy this weekend, it was her local pharmacist who played a key role in her decision to pursue a career as a pharmacist.

Although the seed to consider becoming a pharmacist was first planted in Shannon Thiesenhusen by a high school guidance counselor, it was later solidified by seeing her local pharmacist in action in rural Waterford, Wisconsin.

“Our community pharmacist was our most accessible health care professional,” Thiesenhusen said. “We’d go to him and ask him a lot of questions. . . He was a great resource for us.”

When Thiesenhusen’s grandmother feel ill unexpectedly, they once again turned to their local pharmacist for help. Within minutes of reviewing her grandmother’s medication profile, the Waterford pharmacist identified several medications that she shouldn’t have been on.

“He inspired my mom to become an advocate for my grandmother,” Thiesenhusen said. “Having him be that resource and be willing to take on this patient that wasn’t even his own. . . that really made a difference for me. That’s who I wanted to be as a pharmacist—that person you could go to with your questions and that’s why I chose this path.”

And she’s known that she’d end up at Concordia from the very beginning. In fact, she remembers when Concordia first announced the opening of their School of Pharmacy, and from that day on, she’s worked to end up here.

“I’ve been wanting to come here for pharmacy school since it opened,” Thiesenhusen said. “I only applied fully to two schools, got accepted to both, but I wanted to stay here.”

It was here at Concordia that rural pharmacy care came full circle for Thiesenhusen.

When it came time for clinical rotations during the final year of pharmacy school, she chose telepharmacy as one of her three six-week elective rotations. The telepharmacy rotation was made possible via a partnership with the Marshfield Clinic Health System (MCHS) and in her role there, Thiesenhusen served as a source of accessible expertise for patients in rural areas who had little to no geographic access to a health care provider.

“There are so many opportunities for growth and expansion out in a rural setting, because those patients, especially ones that I’d call on the phone, they would tell me that they would have to drive 90 minutes or more one way to the hospital to even see a doctor or see any kind of health care provider,” Thiesenhusen said.

Thiesenhusen conducted interventions via phone from a lab here on campus, the Concordia University School of Pharmacy and Marshfield Clinic Health System Center for Population Health. While on call with patients, she served as a liaison between the patient and the doctor by performing comprehensive medication reviews, identifying cost-saving alternatives, and passing along recommendations to the patient’s health care provider.

During her rotation, she was able to visit the MCHS Marshfield location, unsure of what to expect from a rural clinic.

“The clinic is unbelievable,” Thiesenhusen said. “People here are used to seeing many large hospitals like St. Luke’s and Froedtert in the metro area. This clinic is just like that but in a really small town. . . They have a state-of-the-art facility that’s got an unbelievable amount of staff with warm personalities. . . It’s really cool that they have those kinds of resources available.”

Addressing the shortage of health care in rural areas is an issue that’s on the minds of many faculty and students within Concordia’s School of Pharmacy. Maintaining their relationship with MCHS is one of the ways that Concordia is stepping forward to be a part of the solution.

“All of our faculty have this passion and belief for helping patients that’s unlike anywhere else I’ve seen,” Thiesenhusen said. “You can just tell there’s a driving force within them. . . There’s this light in them that comes out and says that they just want to serve patients, they want to help others, they want to make a difference. In the grand scheme of things, that’s what we’re inspired to do.”

It’s clear that Thiesenhusen embodies the passion she saw her professors display. Whether she ends up in rural or urban pharmacy work, seeking to make a difference while serving patients will remain her guiding principle.

If you’re interested in pursuing a doctor of pharmacy with Concordia’s School of Pharmacy, visit the program page to learn more.