School of Arts and Sciences

A 38-year-old mother of three prepares for graduation

Talk to Rebecca Hasbani for even five minutes, and you’ll see why she’s the perfect candidate for a degree in psychology—she’s calm, confident, and measured.

But as in most cases, don’t mistake calm for weakness.

This Saturday, as her husband and three children watch from the audience, 38-year-old Hasbani will walk the stage to receive her bachelor’s degree in psychology, trailing behind her an academic resume that runs impressive.

She’s president of the psychology club, the lead peer mentor under the direction of professor Tracy Tuffey, has worked multiple jobs on campus, and organized more than 30 service projects during her time at Concordia. Well before graduation, she received a job offer from Lakeshore Regional Advocacy Center and started working right away—all while maintaining her class schedule, extracurriculars, and family life.

“I get pretty bored if I’m not busy—Tuffey calls it high-functioning anxiety,” Hasbani said, with a laugh. “If I am not busy, I don’t really feel fulfilled.”

Keeping busy has been a common theme throughout most of her life.

In 2001, she graduated from Christ for the Nations in Dallas, Texas with a theology degree, got married right after graduation, and had her first child shortly after. All the while, she was working as a personal trainer and utilizing her theology degree through various volunteer positions in missions and church work.

Following some work she did with an orphanage in India, Hasbani discovered a passion for working with children and decided to go back to school for a degree in social work. But before she applied, her brother was diagnosed with cancer and Hasbani postponed her education plans to become his caretaker. Her brother moved in and stayed with her family until his passing. 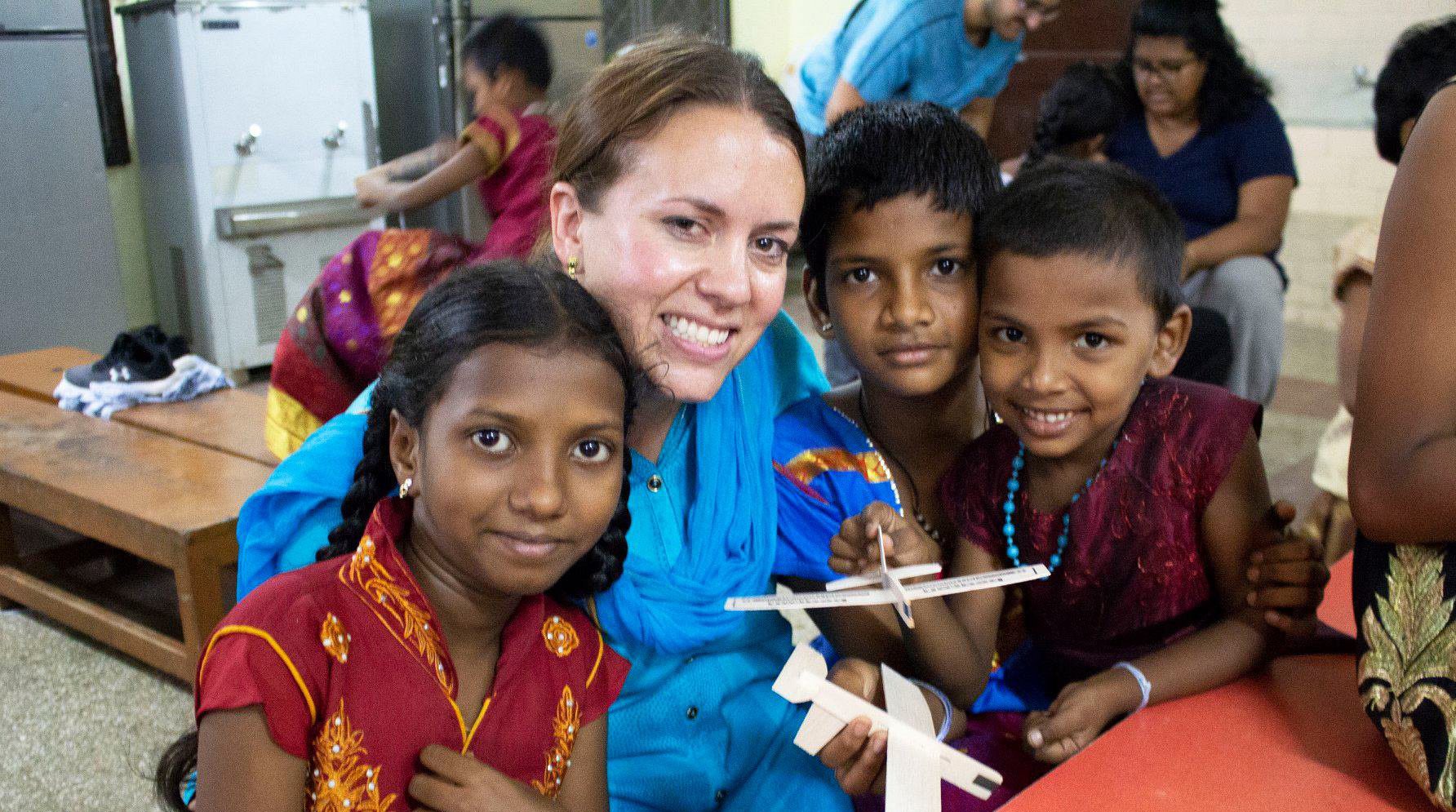 Several years later, life seemed to be turning for the better after she gave birth to another child and opened her own personal training studio.

Then, over the course of a single summer, her husband suffered a series of four heart attacks. Following her husband’s release from the hospital, the doctors delivered news that he probably wouldn’t be able to work anymore—at least not as hard as he had been. By then they had three children, owned a painting company, and were hosting several exchange students in their home. Both Hasbani and her husband were working two additional jobs—her at the studio, him at UPS.

“When he had the heart attack, I was thinking how am I going to support the family if he can’t work anymore?” Hasbani said.

For Hasbani, it seemed like a good time to return to school.

“It was probably an impulsive decision,” Hasbani said. “I had always wanted to go back to school, but I never had the push to do it.”

This time the push materialized in the form of four heart attacks.

Hasbani enrolled in Concordia’s sonography program, eyes set on graduating in two years with a degree that could land her a profitable job quickly. Eventually the thought of working in a hospital basement for the rest of her life planted doubts about her career path. Paired with the impact of her very first class on campus—psychology 101, taught by professor Tracy Tuffey—she switched from sonography to psychology.

“[Tuffey] made me feel comfortable,” Hasbani said. “I thought at first when I came back to Concordia that I would feel disconnected. I’m so much older than everyone else. I thought I wouldn’t be able to fit in, that I would just come to school and then go home.” With the help of professor Tuffey, Hasbani got involved in service projects during her first semester and eventually became the head peer leader and lead research assistant.

“I got really connected,” Hasbani said. “I don’t think after my first semester I really had problems feeling like I fit in here.”

But even as she began finding connection here at Concordia, she had to step back from other involvements to make time for both her school work and her family.

“I think the reason I didn’t come back to school earlier is that I saw being a good mom as being someone who stays home, waits for her kids to come home from school, and goes on every field trip,” Hasbani said. “I thought that if I wasn’t doing that, I wasn’t being a good mom. But now that I’ve made the decision to do this I realize that being a good mom is not just that.”

Now Hasbani does homework with her kids rather than just helping them with theirs. As her kids have gotten to see their mother pursue education and a fulfilling career, they regularly tell her they’re proud of her, that they want to go to college too. That’s what’s become most important to Hasbani—providing a positive example for her children and ensuring that she’s able to provide for them.

“Sometimes the choice to go to school has been difficult because I have had to put other things I love aside so I can focus on being a student and a mom,” Hasbani said. “I used to worry a lot about saying no to friends and other community commitments because I wanted to do it all.

“Studying psychology has taught me that it is okay to say no, and to be mindful of what is important in the moment. I go to every one of my kid’s basketball games and always have a textbook along to study at halftime. If another mom asks me how I manage school, kids, and a job, I say it’s hard and I have to make sacrifices but I don’t feel I’ve lost anything by going to school. I’ve gained a wonderful supporting community at CUW, an excellent education, and a fulfilling career.”

She’s still calm, still confident, still measured even as she relays the struggle of juggling it all, but she doesn’t show any signs of slowing down. Even now, she’s planning for graduate school where she hopes to study counseling or social work with a focus in trauma.