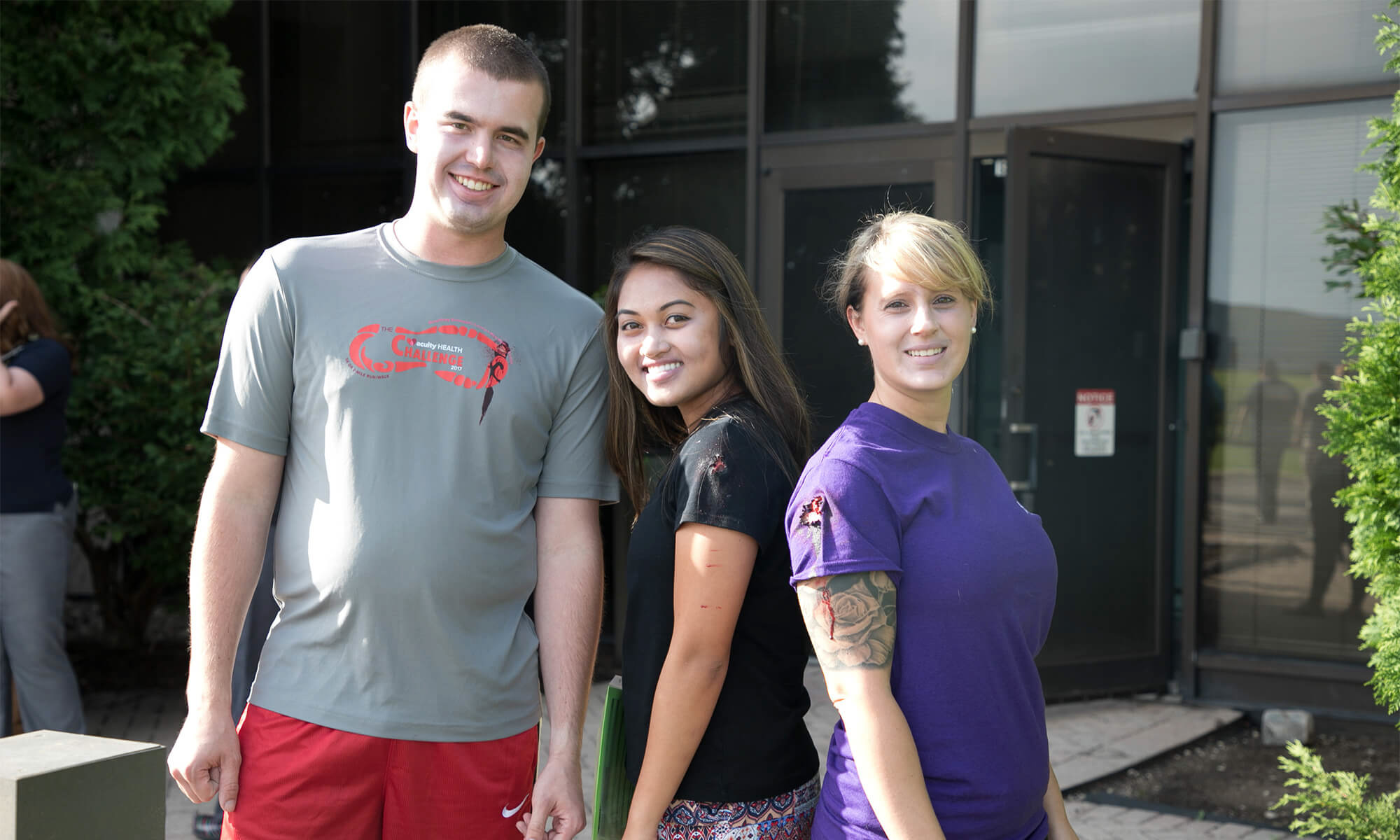 It had all the makings of a horrific scene.

On Thursday evening, Sept. 6, two dozen Concordia University Wisconsin nursing students found themselves confined to a vacant building in Grafton as alerts of an active shooter passed among Ozaukee County first responders. Nearly a dozen of the students had suffered gunshot wounds, with at least two in critical condition.

Thankfully on this evening, the incident was only a drill. In addition to Concordia students, the county-wide emergency exercise involved more than 100 individuals from the Ozaukee County Sheriff’s Office, multiple local law enforcement agencies, fire departments, and emergency medical services, as well as staff from Ascension Columbia St. Mary’s Ozaukee and Aurora Medical Center in Grafton hospitals.

The drill was the culminating exercise of a years-long effort of the Ozaukee County Active Shooter Task Force, a cross departmental group led by the Sheriff’s Office. About once a quarter for the past two years, first responder training teams have engaged in smaller-scale exercises to better prepare themselves for a possible real-life incident, says Scott Ziegler, WCEM, director of the Ozaukee County Sheriff’s Office division of emergency management.

Previous drills at most included mannequins. Thursday’s exercise was the first to involve actual people playing the role of victims.

“The exercise was more involved than anything we’ve done before,” Ziegler said. “We needed to make it more realistic to really put it to the test and figure out if we needed to revise anything in our processes.”

The exercise provided a learning opportunity for CUW students as well.

Tyler Hass, a junior nursing student, said playing the victim allowed him and his classmates to gain insight into a side of health care that many had not encountered before.

“There’s a different mentality to emergency response than there is to the nursing side of things,” Hass said. “First responders are required to think in terms of what resources do they presently have for that person, and if they don’t have the resources, they have to move on to help the next person. That’s not the case for nurses.”

Hass was assigned to be a red-level victim, one of five colors used to denote the severity of a victim’s wounds. Red patients are those in need of immediate care, while greys—the most severe—are patients who are expected to die.

In order to help bring the scenario to life, red and grey patients received stage makeup to simulate their injuries. All students involved also spent an evening in advance of the exercise picking out scenario cards within their level that explained the role they would play, and on the day of, they were shown where they would be stationed in the former Leeson Electric building at 2100 Washington Street, which served as a high school for the sake of the exercise. Beyond that, it was up to the student actors to bring full authenticity to the drill.

“The unified approach is a shift from what has been done in the past,” Ziegler said. “The various emergency response units have always kind of operated in silos, but now, we’ve ripped those silos down and we’re all approaching this together.”