Concordia University Wisconsin will soon be able to better prepare future nurses for the unique health challenges of the skyrocketing elderly population in the U.S.

Thanks to a generous grant received from the Russell and Josephine Kott Memorial Charitable Trust, Concordia has been able to purchase a state-of-the-art manikin. “Susie,” as the manikin is called, is wireless and tetherless and can simulate a variety of health conditions including heart failure, low blood sugar, acute heart attack, and more.

The focus of student learning when using Susie will be on competency building of nursing skills and assessment in the setting of a realistic clinical experience. The manikin’s wide range of functionality will meet the needs of all levels of CUW nursing students. In addition, the use of a supplementary “echo mask” will allow focused instruction on caring for the geriatric population.

The need for more nurses who are skilled in geriatric care is apparent. According to June 2019 data from the Population Reference Bureau, the number of Americans ages 65 and older is projected to nearly double from 52 million in 2018 to 95 million by 2060. With more seniors comes an increased need for health care services. Those over 65 are hospitalized three times as often as middle-aged individuals, according to the Centers for Disease Control and Prevention. 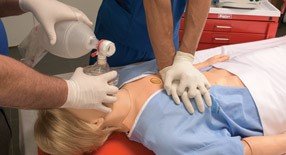 “Geriatric patients often present with multiple chronic conditions and face more social and physical challenges than the general population,” says Chappy. “So it’s really important for us to be able to educate students to recognize certain indicators of illness or decline—signs that could easily be missed by the lay person.” 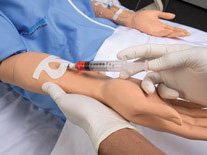 And that’s where Susie comes in. Concordia technicians will be able to program the manikin to have  skin that appears cyanotic (a warning that a patient has lost oxygen) or flushed, for example. Susie will be used almost daily by the nearly 215 sophomores, juniors, and seniors in Concordia’s undergraduate nursing program.

“Students will be able to practice skills in a controlled, safe environment so that they can recognize subtle changes in order to respond appropriately when it comes to the real deal,” Chappy says. “Purchasing this manikin through the generous support of the Kott Memorial Charitable Trust really presents a tremendous opportunity for our students to be better equipped to meet healthcare needs of the growing elderly population.”

Click here to learn more about Concordia’s School of Nursing.