If you're anything like me, you've paid the CUW campus a visit a time or two and wondered as you passed the Welcome Station: What is that house over there is used for?

I’m talking about the 1,300-square-foot ranch with attached garage that can be seen from Lake Shore Drive. It sits just to the west of the CUW campus’ main entrance drive, so it’s pretty hard to miss as you arrive on campus. The house dates back to the early ’60s, so in terms of its structure, it’s honestly nothing special. However, its many and varied uses over the past several decades give it an extra level of intrigue. 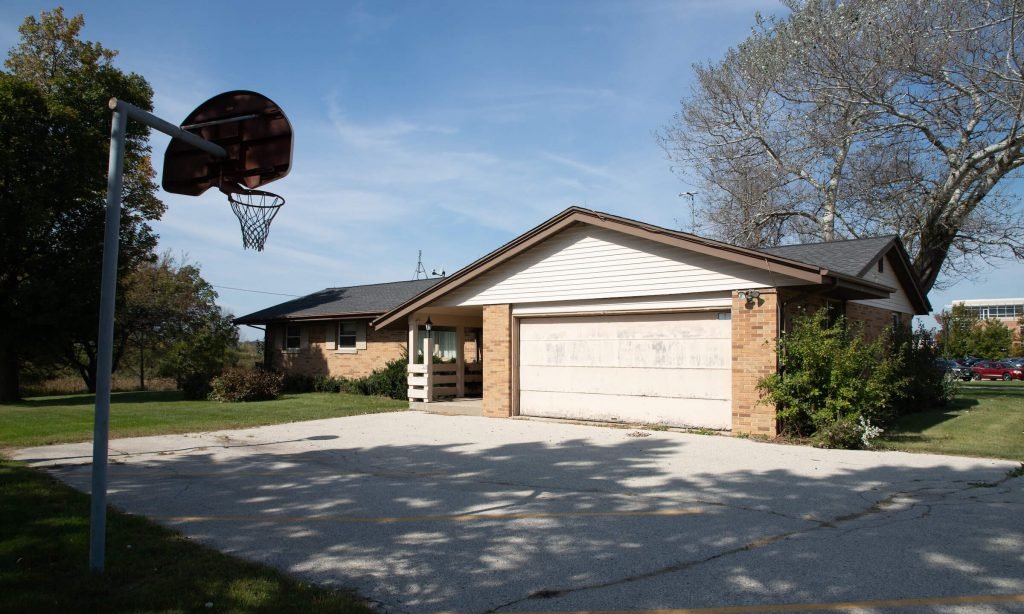 Take a look back in time to see how the home at the front entrance of CUW’s campus, which has been dubbed the “Guest House”, has been used over the years.

As many know, Concordia’s current campus was not its original campus. For the first century of its existence, CUW was located in downtown Milwaukee. Then, in 1982, The Lutheran Church—Missouri Synod purchased the property at 12800 N. Lake Shore Drive from the School Sisters of Notre Dame, who had used the campus as a boarding school for girls. The Guest House was erected as a residence for their school’s caretaker.

“It was typical for the Catholic Church to provide an on-site residence for maintenance staff,” explains Concordia’s Maintenance Director Steve Hibbard. “The proximity to campus made it easy to call on them in case of an emergency.” 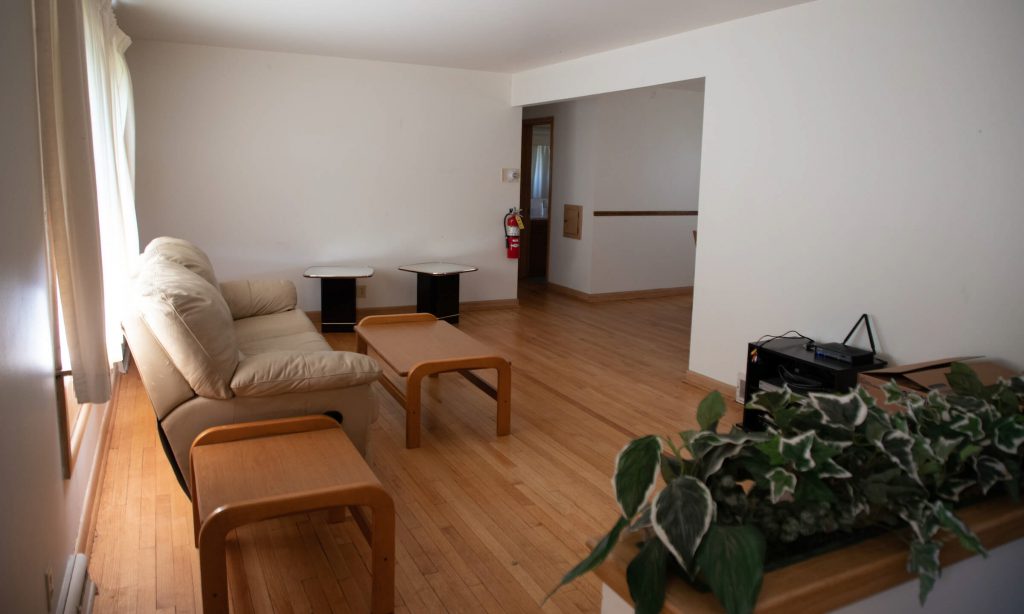 When Concordia moved in, the university followed suit with the Catholic Church’s usage by granting the space to its own maintenance team. Paul Woodburn was Concordia’s first groundskeeper to use the home. Then came Hibbard’s predecessor, Mark Koenig, better known as Fuzzy. When Hibbard began his role in 1999, Concordia offered him the space as well, but Hibbard declined since the space didn’t suit his family’s needs and he already owned a home a Franklin.

During Fuzzy’s time on the property, he undertook some refurbishments, including renovating the basement and enclosing the back deck.

“It became a sort of tradition for some faculty and staff to go over there before Christmas dinner to have drinks and socialize,” Hibbard said. “It made it nice that it was so close to campus but not directly a part of it.” 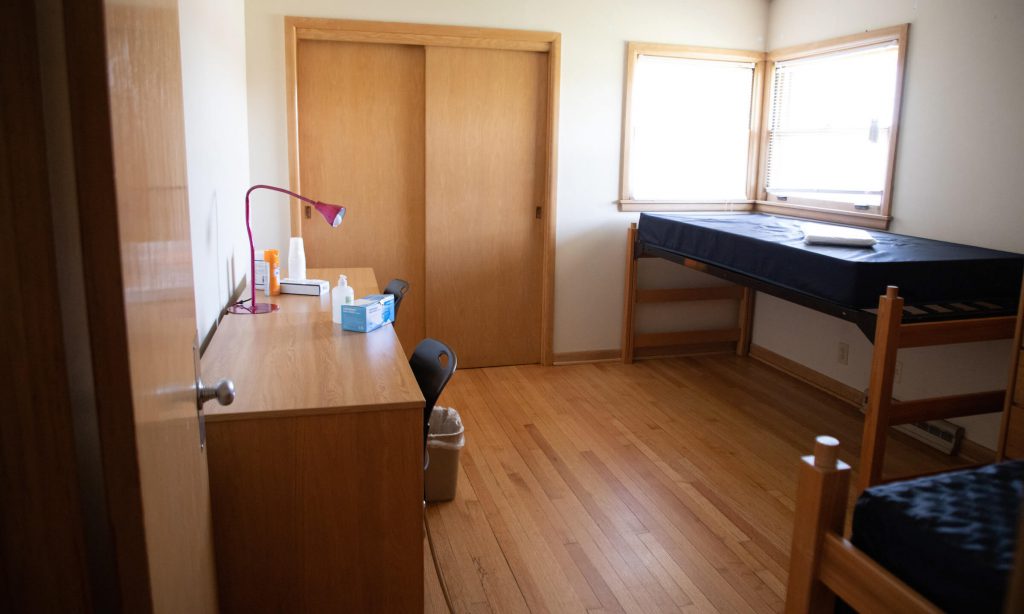 Prior to his start at Concordia, former Director of Administrative Computing Jim Eichelberger had been living in Indianapolis for his role as Director of Customer Service Technology for the State of Indiana. As the Eichelberger family attempted to move to Wisconsin, they had difficulties finding a suitable home in the area, so Concordia offered up the front-entrance house. Jim, his wife Faye, their sons and Faye’s mother lived in the house from 1999-2000.

“We absolutely loved living in that little house on campus,” Jim said. “Part of the downstairs was finished at that time. Of course, it had a big garage. The convenience of living right there on campus, you really felt like you were part of the campus community all the time.”

Plus, the campus provided the perfect training ground as their son, Adam, prepared for his driver’s license.

“It was big parking lots all around us and they were empty in the summers,” Jim reminisced. “That’s where he learned to drive.” 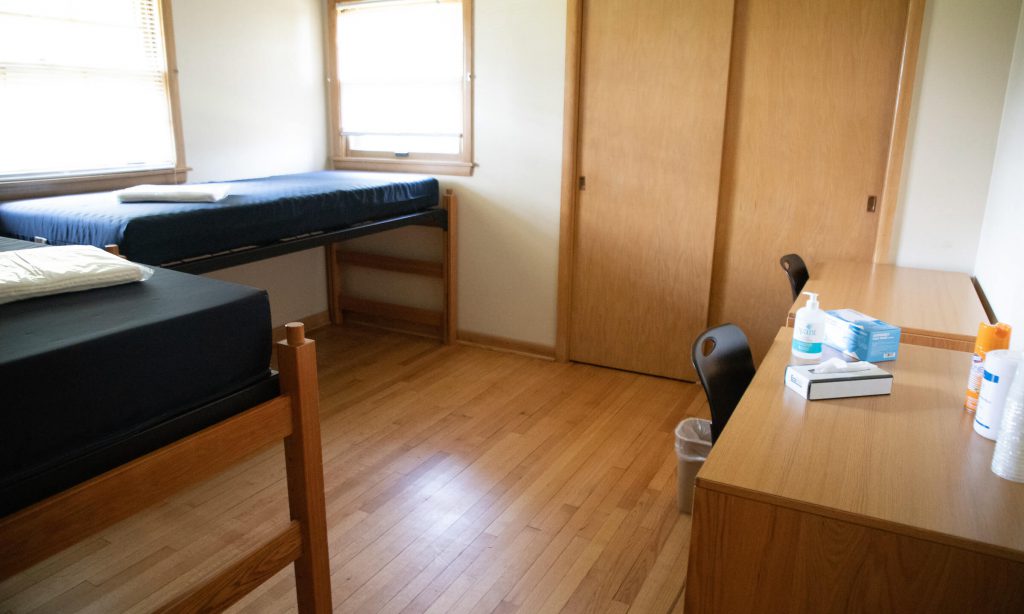 In 2014, Concordia welcomed a visiting professor, John Warwick Montgomery. The Christian apologist, ordained Lutheran clergyman, and English barrister runs the International Academy of Apologetics, Evangelism, and Human Rights. He served as a visiting professor in the fall semesters of 2014, 2015, and 2016, and taught PHIL 221 “Human Dignity” and PHIL 379 “Religion and the Law.”

Montgomery and his now deceased wife, Lany, lived in the home for the first year of his visit. The other two years they were offered accommodation off campus.

At various points throughout the home’s history, Concordia used the quarters for overflow student housing. Particularly in the 2000’s and 2010’s, when enrollment was at an all-time high for Concordia, the home became a privileged space for select groups of responsible Concordians.

“This was way before we had built Chemnitz so housing was a little bit more in demand at the time,” Maintenance Director Steve Hibbard said. “We fit about eight students out there at time.”

More recently, after the pandemic hit, the Guest House proved to be a useful isolation option for students. During the 2020-21 school year, in particular, Concordia reserved rooms in the home for those who needed to quarantine or isolate due to contact exposures.

Concordia bids farewell to its 2021-22 retirees
previous story
From downtown to lakeside: The 1983 move to Mequon impacted CUW in big ways
next story