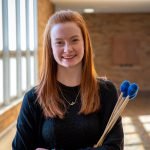 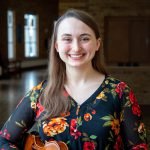 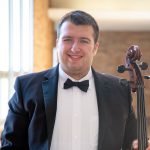 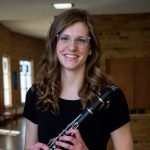 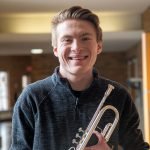 Dr. Louis Menchaca will direct the Jazz Ensemble, Symphonic Wind Ensemble and the Chamber Orchestra, while Mrs. Johanna Anderson conducts the University Band, an ensemble that performs a repertoire of sacred and secular music throughout the academic year. Concerts will begin each night at 7:30 p.m. in the Chapel Of The Christ Triumphant, 12800 North Lake Shore Drive, Mequon.

On Friday night, the University Band will perform Clifton Taylor’s Concertpiece for Marimba and Wind Ensemble, a relatively new composition that incorporates fusion/pop and Latin jazz styles. Featured during this piece will be a marimba solo by junior nursing major Annie Robinson. The Jazz Ensemble, an intimate group of instrumentalists specializing in standard swing, bop, blues and rock music, will also be on stage. They provide entertainment at campus events, including visitation days and jazz lunches in the student union.

Saturday’s concert will feature the Chamber Orchestra in Violin Concerto in A minor by Johann Sebastian Bach. Senior Kirsten Nus, a parish music major, will perform a violin solo. Concerto for Cello in C major by Antonio Vivaldi will showcase a cello solo by Alexander Cayer, a junior computer science major.

Anderson also directs CUW’s Pep Band, in addition to chairing the Music Scholarship Committee. A 2013 Concordia graduate, she earned her master’s in music education from Boston University and currently serves as principal oboist of the Kettle Moraine Symphony in West Bend. Menchaca, in his 28th year as department chairman, teaches conducting, applied trumpet, and music education courses. His combo, Lou’s Jazz Express, performs at area events including Gathering on the Green at Rotary Park in Mequon and The Cedarburg Art Museum.

Concert tickets cost $8 for adults, with students 17 and under admitted free.

Other upcoming spring concerts include:

For more information on concert admission, please contact Kelsey Flath at 262-243-4405, or e-mail her at kelsey.flath@cuw.edu.