If you’re wondering what esports is and how this emerging sport redefines what it means to be an athlete, you’re not alone.

Thankfully, Concordia named Lewis Smith, a veteran in the esports world, as head coach of the university’s inaugural team. Since January 2020, Smith has been busy building the roster, preparing the arena, and schooling the entire Concordia community on the ins and outs of the sport. Already in February, CUW’s inaugural esports team began its competitive season and continued at-home competitions through the COVID-19 stay-athome period—the only Falcons team that was able to do so.

Esports is organized competitive video gaming. CUW is affiliated with the National Association of Collegiate Esports (NACE), an association of college- and university-sponsored esports programs that promotes the education and development of students through intercollegiate esports.

Smith has been on all sides of esports—player, sponsor, promoter, and innovator. He started his professional career as a sports statistics analyst and worked for major professional sports organizations, including NFL, MLB, and NCAA teams. In 2014, he co-founded RankR eSports in New Berlin, Wisconsin, and has worked to grow the sport ever since.

While he is a fan of the sport and relishes competition, Smith is most excited to off students a new avenue to hone key soft skills for life.

“To this day, I would say the bulk of my work ethic and morals were established through my participation in youth sports, and the esports team at CUW can help encourage those very same traits in others,” Smith said. “With students nationwide putting more time into video games than ever before, esports is an opportunity to take a hobby and turn it into an outlet for students to be a part of a team and to grow as an individual.”

Concordia’s esports team was featured on Fox6. Click on the image below to view the segment. 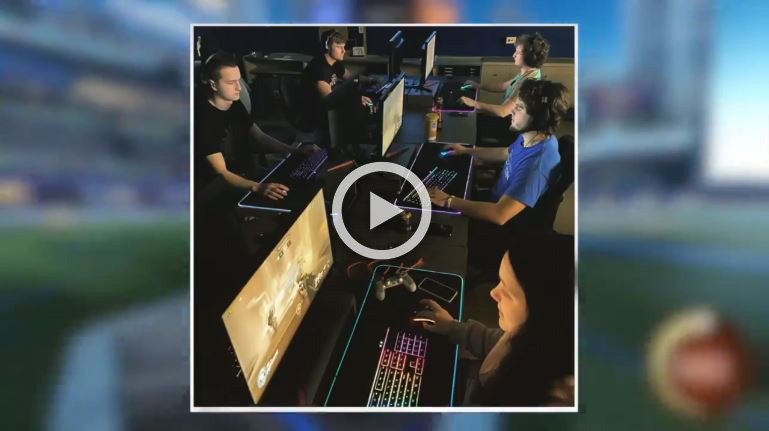