The 2020 Democratic National Convention is expected to have a $200 million economic impact on the entire Milwaukee metropolitan area, a significantly higher impact than the previous two conventions.

The projection is one that DNC host committee president Liz Gilbert is eager to tout.

“This once-in-a-lifetime, perspective-changing event will showcase the incredible history of Milwaukee,” Gilbert told a crowd of nearly 100 at Concordia University Wisconsin on Thursday evening, Jan. 30. 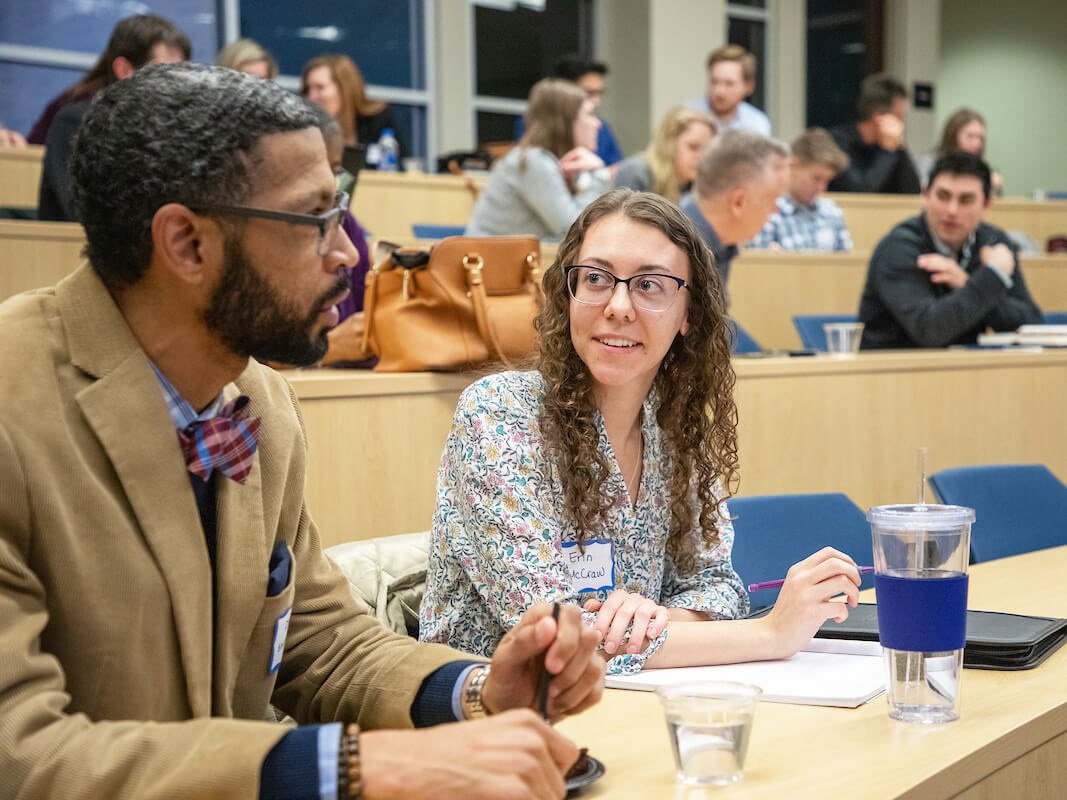 During Gilbert’s address, titled “The DNC in MKE: Milwaukee’s Moment Has Arrived,” she celebrated the fact that nearly 10,000 people have already expressed interest in volunteering for the event. A total of 15,000 volunteers will be needed, Gilbert shared.

“I’m thrilled and so humbled by the response so far,” Gilbert told those gathered.

Earlier Thursday, Gilbert held a press conference downtown to formally launch a portal to recruit volunteers: www.milwaukee2020.com/volunteer. The volunteers will be needed in the months leading up to the convention, as well as during the convention, to greet upwards of 50,000 convention-goers at hotels or the airport, respond to phone calls, texts, or email inquiries, produce content for social media, and assist with IT and media logistics. Volunteers must be at least 16 years old.

This summer’s Democratic National Convention at The Fiserv Forum downtown will mark Gilbert’s third act in staging political theater and in a familiar setting.  The 30-year-old Florida native knows Wisconsin well, having graduated from the University of Wisconsin-Madison in 2011 with a degree in elementary education.  While in college, she attended a number of Milwaukee Bucks games at The Bradley Center next door to the Fiserv Forum, which served as home to the Bucks for 30 years until the new arena opened in August 2018.

Gilbert shared about her background in politics and how she played a significant role in financially organizing the Democratic Party’s past two conventions in Charlotte and Philadelphia. Other experiences included interning during the first campaign of former U.S. President Barack Obama and serving as Finance Assistant in Charlotte and Finance Director in Philadelphia.

“My first political experience was as a middle school student attending a protest in Florida with my mother shortly after the 2000 presidential election,” said Gilbert. “I feel fortunate to have had a wide range of political experiences to draw on and bring me to this convention.”

Gilbert is the first of seven speakers CUW’s MBA program will host this semester. Future dates and speakers in the MBA Industry Leaders Seminar Series include:

These events are free and open to the public. Learn more at www.cuw.edu/industry-leaders-seminar.