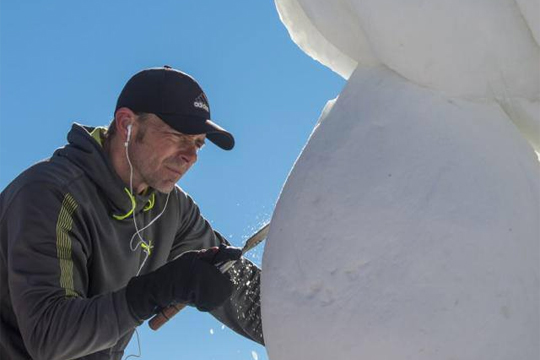 As Wisconsin’s only state-sanctioned snow-sculpting competition, The Big Chill championship team will advance to the U.S. national competition in Lake Geneva in February 2013. Competing in this year’s competition is a former CUW art education student, Kelly Kaffenberger, who graduated in 2010 and her partner, Adam Bluth. At stake are the state title and cash prizes.

“The Big Chill will be Wisconsin’s 22nd annual snow-sculpting championship – the oldest in the United States,” said Shawhan. CUW is a sponosor this year’s event.

The competition gets underway at 5 p.m. on Friday, January 20. The winners will be announced on Sunday, January 22 at 2 p.m. Visitors are encouraged to come to Monument Square in Racine and vote for their favorite sculpture. Those people’s choice votes will help determine the new Wisconsin state champion.