In the media: CUW prof and digital currency expert weighs in on rise of crypto ATMs

More and more crypto ATMs are starting to pop up throughout Wisconsin and the nation.

Litman was an early adopter of cryptocurrency and remains active within the digital currency market. He mined his first Bitcoin in March 2009—just three months after the very first Bitcoin came into existence, and when it was worth only a penny. He offers seminars on the topic and has taught an elective course on cryptocurrency at Concordia in the past. From 2010 to 2012, he served on the advisory board for Coinbase, the largest cryptocurrency exchange in the United States.

Kyle Doubrava, a contributor to the News Graphic, tapped Litman for a February 2022 article that ran on the front page of the business section of Ozaukee County’s community newspaper. Click here, or on the image below to read the article.

Reporter Paul Gores approached Litman for a December 2021 article on behalf of the Wisconsin Bankers Association. Click here, or on the image below to read more about the spread of crypto ATMs in Wisconsin. 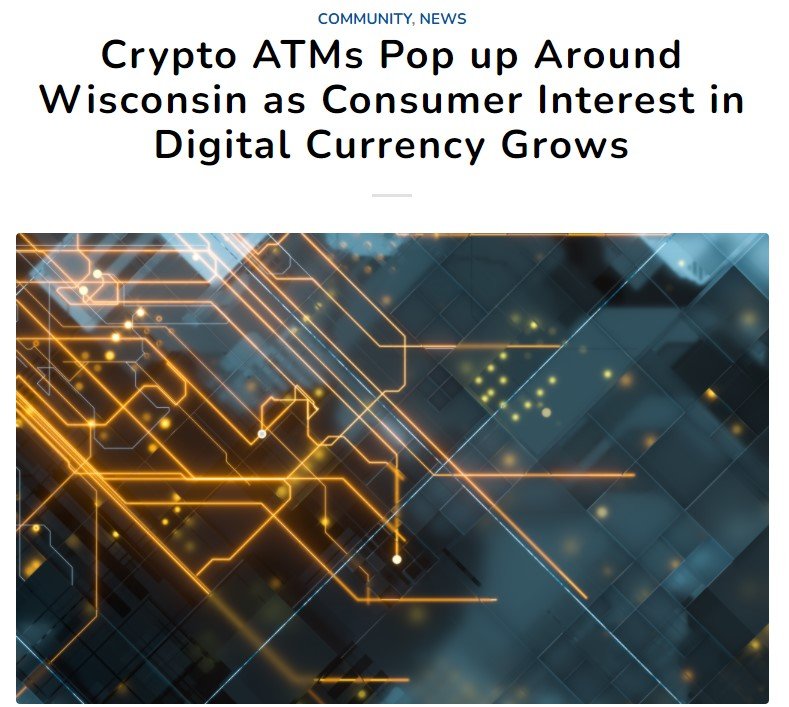 Dare to Develop: free email course
previous story
What is a degree in humanities?
next story