Concordia presents ‘Freedom of Conscience, Civility, and the Common Good’

On Tuesday, March 10 at 7 p.m., Concordia University in partnership with WisPolitics will host a conversation about the place of virtue and values in public and political discourse.

“Freedom of Conscience, Civility, and the Common Good,” is free and open to the public. The evening will be moderated by Jeff Mayers, CEO of WisPolitics, and includes a roster of recognized public officials and policy makers including Scott Neitzel, Peter Barca, Tim Goelgein, and Representative Jason Fields (D) of Milwaukee’s 11th District.

“Concordia University is a Christian higher education community, where students are encouraged to integrate their faith and their values with their intellect and learning,” says Gretchen Jameson, senior vice president at the University. “People of faith hold differing principled positions about issues that most animate today’s public discourse and the politics of the nation. This event assumes a shared set of values, first, namely faith, and demonstrates how faith informs our politics and guides our speech, not the other way around.” 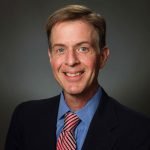 Tim Goeglein is vice president of external and government relations for Focus on the Family. Formerly, he served as a special assistant to President George W. Bush and as a deputy director of the White House Office of Public Liaison. He is currently serving as Concordia University’s first Christian Citizenship fellow. 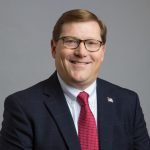 Scott Neitzel is founder of Wilson Wells, an advisory services company. He previously served as secretary for the Department of Agriculture under former Wisconsin Governor Scott Walker and was the former senior vice president at Madison Gas and Electric. He is an active member of the Wisconsin Evangelical Lutheran Synod.

Peter Barca was appointed secretary of the Wisconsin Department of Revenue in January 2019. Prior to that, Barca served in the Assembly since 2009 and was the minority leader for a majority of that time. He also served in the Assembly from 1984 through 1992 and one term in the U.S. House of Representatives from 1993-95. 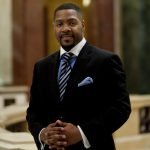 Representative Fields serves in the Wisconsin State Assembly, representing the 11th Assembly District since 2017. He previously served in the Assembly from 2004-2010. He was formerly a stockbroker, financial advisor and banker.