CUW alum Sophie Zang made the news this week for flipping a Whitefish Bay Tudor and listing it for $1.1 million. She is 25 years old.

Already when she was a student at Concordia Sophie Zang was demonstrating a tremendous work ethic and capacity for capitalizing on a side hustle.

While in enrolled in CUW’s interior architecture and design program (a collaborative program with MIAD), Zang maintained a profitable lifestyle blog that, as of 2018, was accruing upwards of 130,000 views per month. Zang was able to turn those page views into profit. In 2018, as a junior, she was earning between $1,000 and $3,000 a month off the site alone.

So it’s no surprise to learn that Zang is at it again, this time with an even bigger ROI.

Click here or on the image below to view the Biz Journal story. 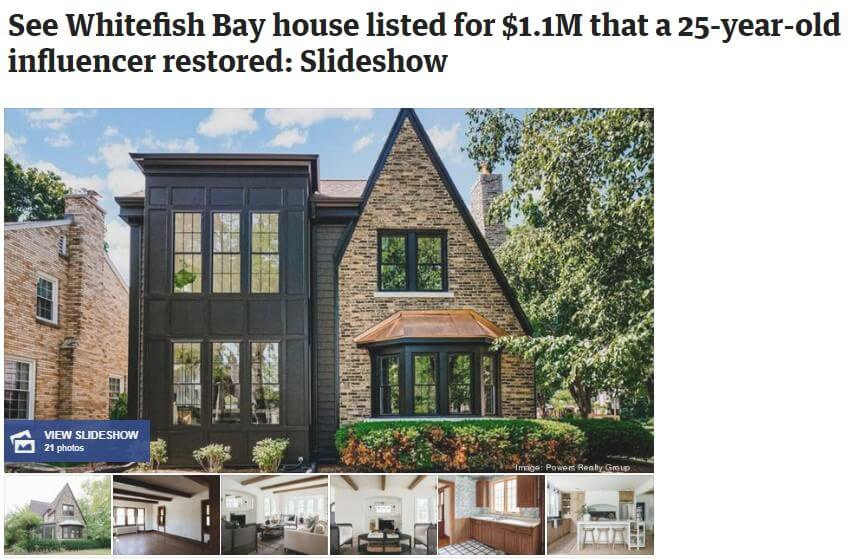 Learn more about Concordia’s BA in architecture and design and other MIAD cooperative programs here.

Now's your chance, don't miss it... Come to CUW for a visit!
previous story
Daily Chapel schedule: Sept. 2022
next story