9 interesting and/or amazing facts about the CUW Chapel

How many wooden "trinity symbols" line the walls? Which stone disciple is which? What does "I N R I" mean? And other things you may not know about CUW's Chapel of Christ Triumphant.

One of the great things about being part of the Concordia University Wisconsin community is that we are blessed with the opportunity to worship daily in our beautiful Chapel of Christ Triumphant. Next time you’re inside, take a moment to soak it all in. It provides a wonderful environment for worshiping our Lord and Savior.

Recently, we talked with retired CUW Theology Professor Rev. Dr. Tim Maschke and asked him to share some interesting facts about the Chapel and its history. Here are just a few of the things he told us. Some are common knowledge; others were quite the revelation.

1. The Chapel was originally Catholic. 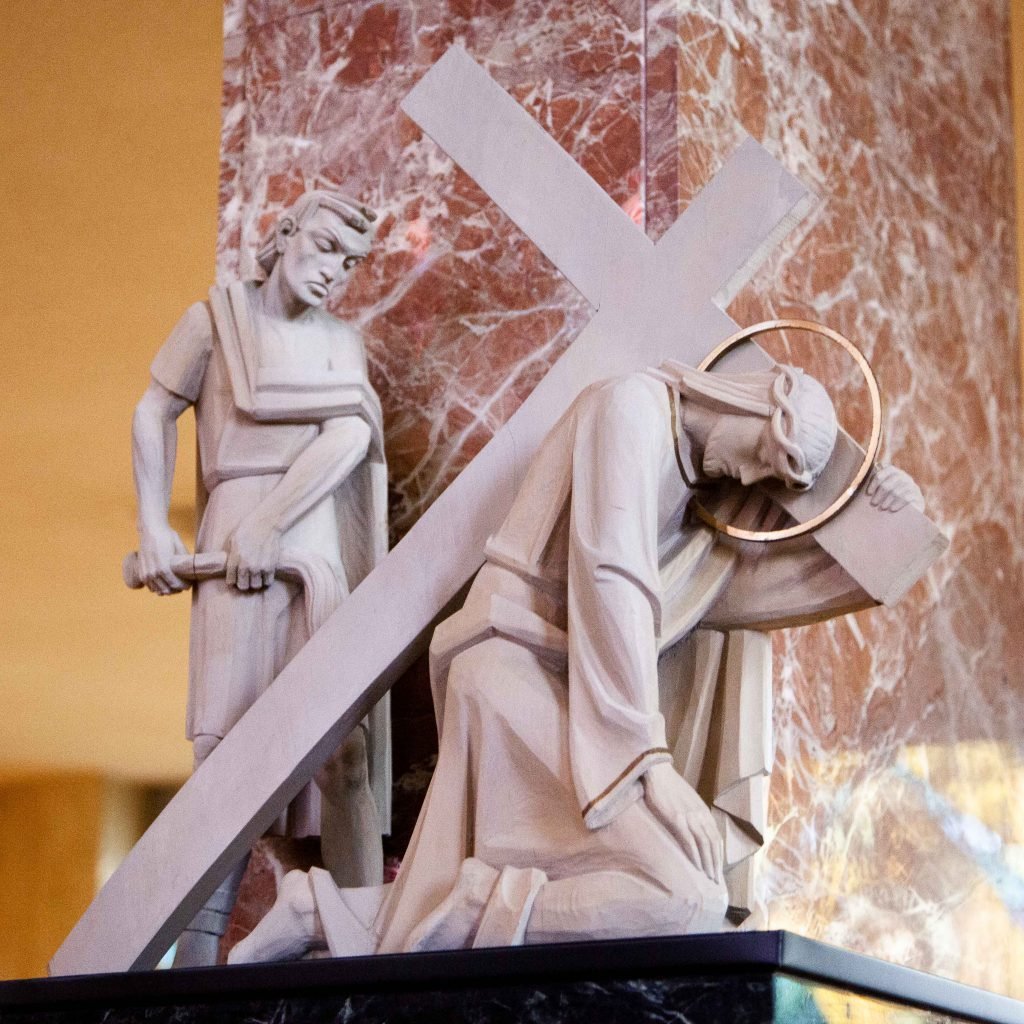 It’s well known that our beautiful campus previously housed the School Sisters of Notre Dame (Catholic nuns). That meant that the chapel needed a few changes before it could become a spiritual home for Lutherans. Students who tour our campus are often informed that the stained-glass depiction of Jesus above the main doors formerly depicted Mary, mother of Jesus. Other changes include modifications to the small “Stations of the Cross” statues and a few tweaks to the stained glass on the west wall (on the left as you enter the main doors). 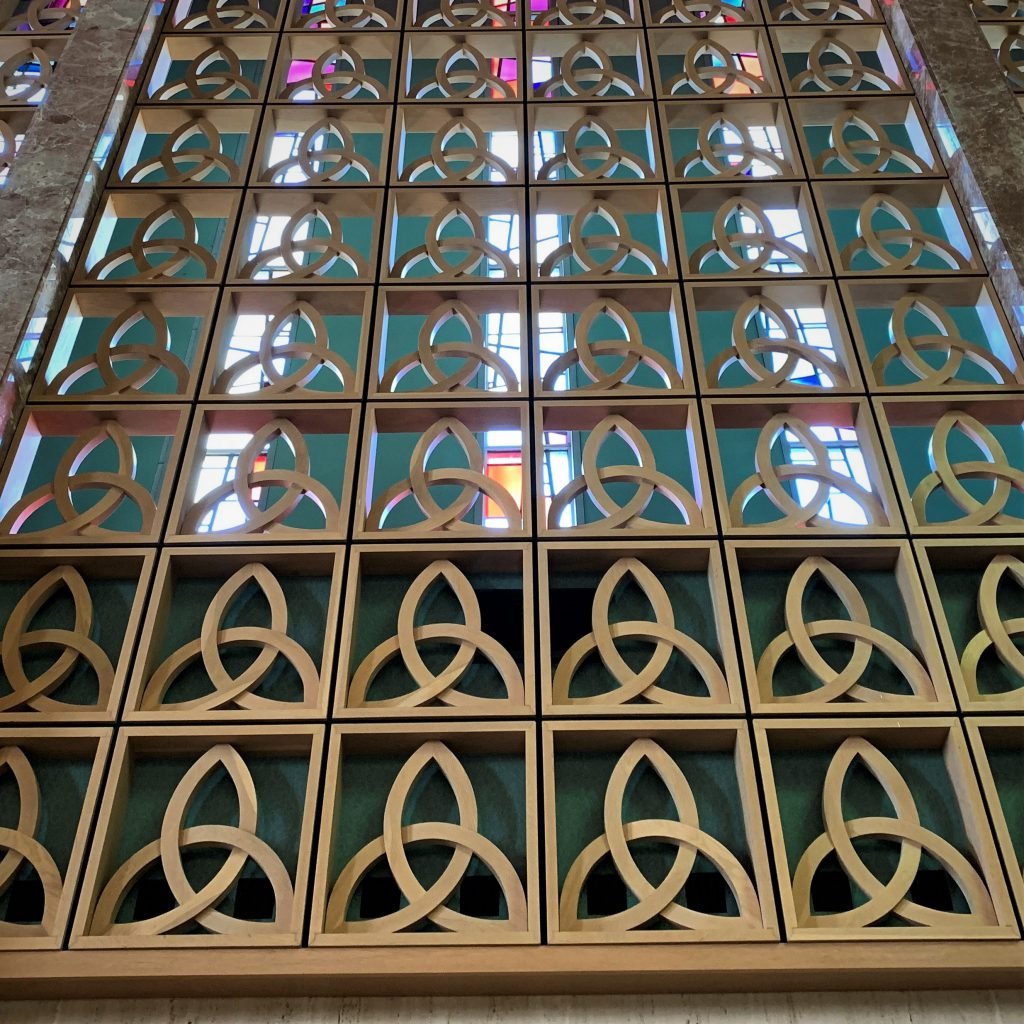 Arranged in 22 panels of 12 x 72 each (1,584 total), legend has it that each individual “trinity knot,” also called a “triquetra,” was hand-sanded by the nuns who used to live here. If you’re looking for significance in the number 1,584, don’t bother. It’s pure coincidence that German composer Michael Altenburg was born in 1584.

3. The magnificent Steiner-Reck organ has 3,176 pipes. 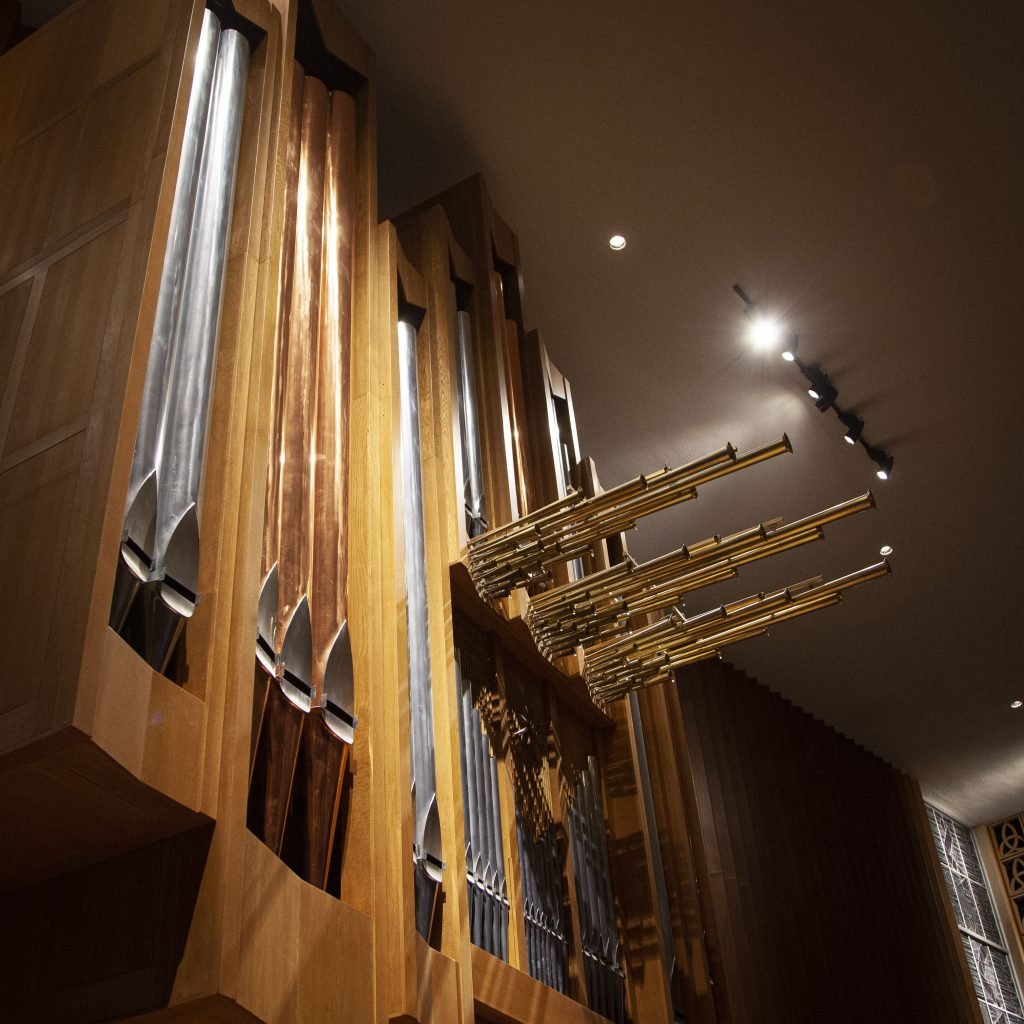 That’s more than twice the number of trinity symbols! Installed and dedicated in 1989, the organ is a mechanical-action (tracker), three-manual, 63-rank organ with 45 stops, 52 registers, and something called a “Tutti reversible thumb piston.” If all of that makes sense to you, you can find other details here. In all seriousness, it’s a gorgeous instrument and we’re very blessed to have it. (Thanks to Dr. Jim Freese for providing some specifics!) 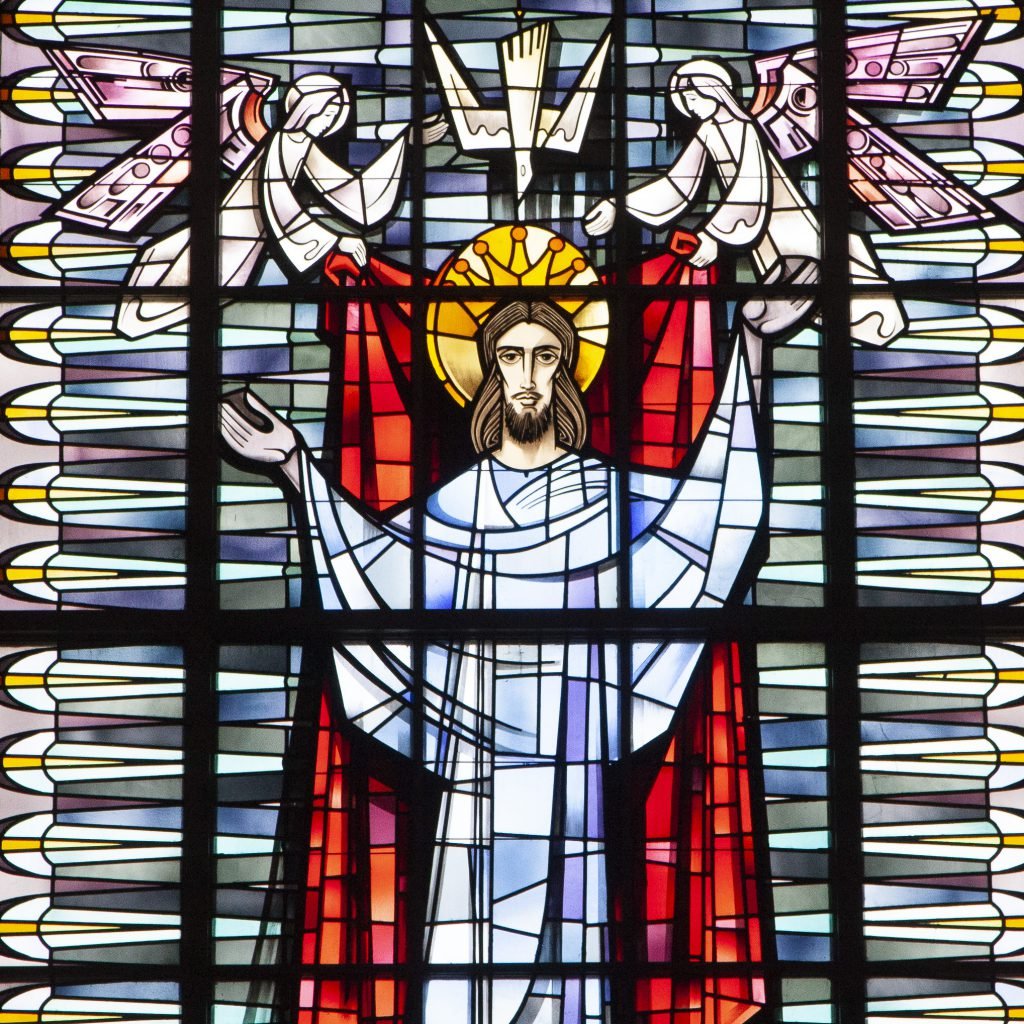 Former faculty member Dr. Ronald L. Berg suggested the name “Chapel of Christ Triumphant,” and various Chapel features represent this theme, Dr. Maschke explained. The crucifix above the altar reminds us of Christ’s victory over sin, death, and the devil, as does the artistic representation of the crown of thorns around the skylight. Another example is the stained glass above the center doors, which presents a risen and triumphant Christ as you turn and leave the Chapel.

5. The stained glass on the east wall of the Chapel depicts Martin Luther’s “Three Solas.” 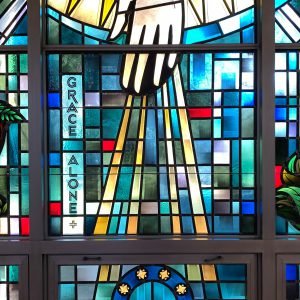 This wall originally depicted scenes involving Mary that are not consistent with Lutheran theology. The new stained glass celebrates Luther’s “Three Solas”:  Sola Scriptura, Sola Gratia, Sola Fide (Scripture Alone, Grace Alone, Faith Alone). The installation was made possible by a gift from the family of the Rev. Dr. Norman Wangerin, a long-serving professor of theology and social science.

RELATED: “Inspired Design: The symbolism of The Chapel of the Holy Trinity” 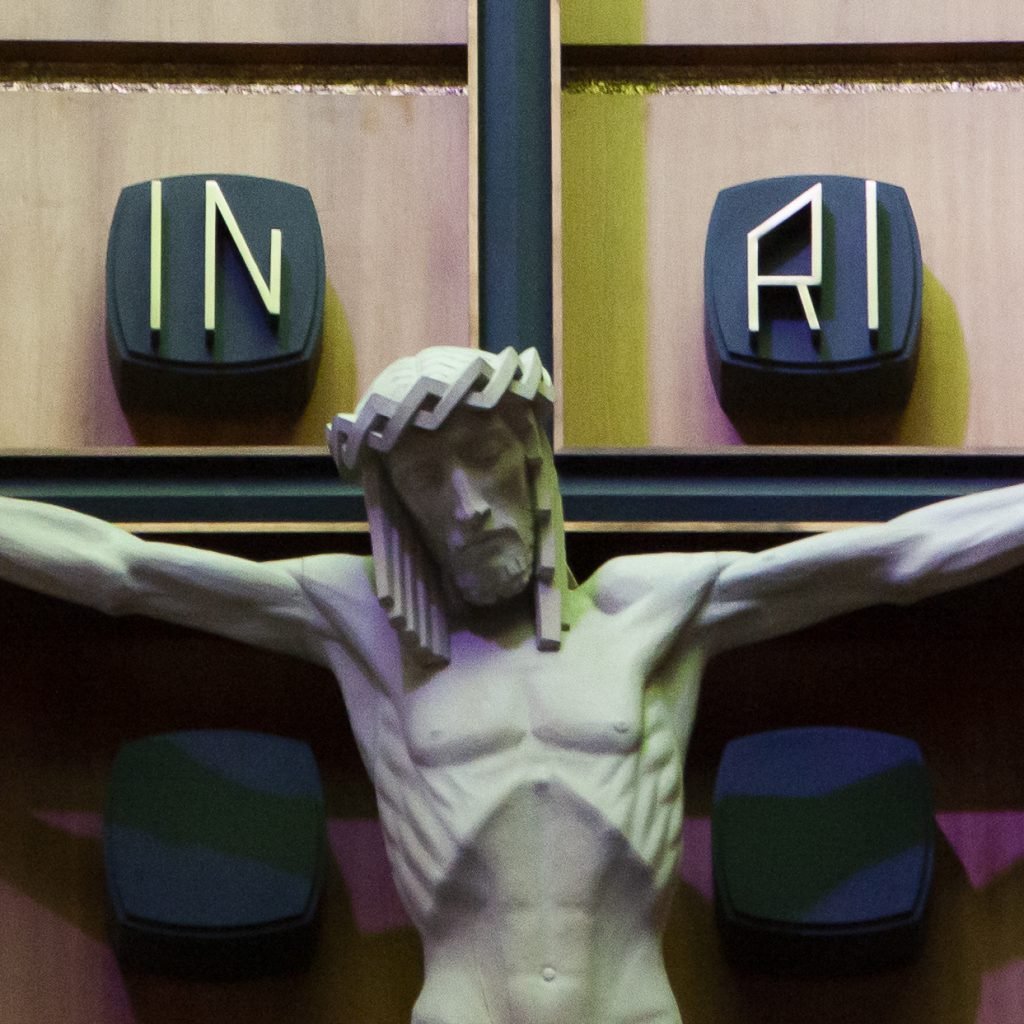 Translated from Latin into English, this means “Jesus the Nazarene, King of the Jews,” reflecting the inscription Pontius Pilate wrote and had fastened to Jesus’ cross (John 19:19). (In Latin, the letter we call “J” is depicted as an “I.”)

7. The identities of the “stone disciples” remain largely a mystery. 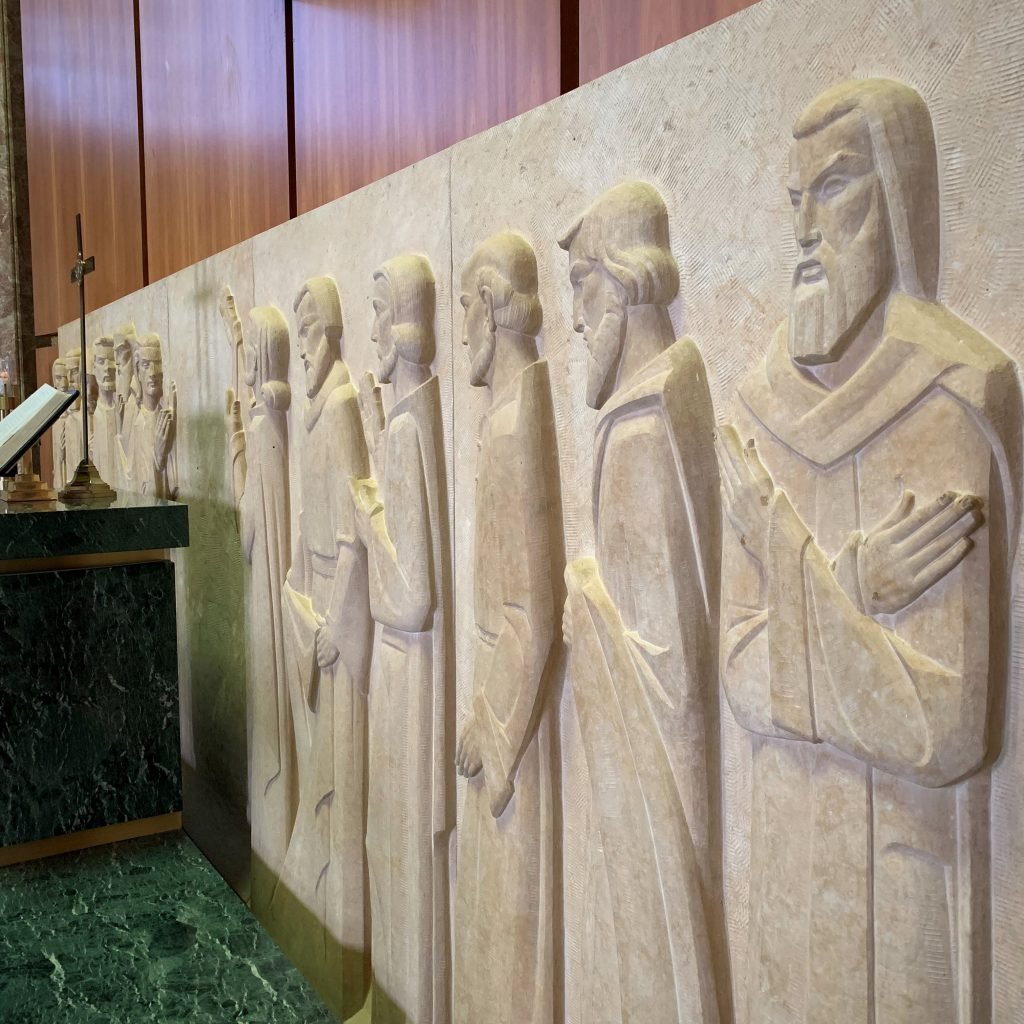 Carved in stone behind the altar is a depiction of the 12 disciples. Other than St. Andrew, the identities of the individual figures remain a mystery.

“I always wanted to get information about who each of the apostles were,” Dr. Maschke said. “I’d written to the School Sisters many times and never got an answer. The one on the very far right is St. Andrew, because he’s got the crossed arms, which is the symbol for St. Andrew. We assume that the first one on the left is John, but again that’s just an assumption. We don’t know who the other ones are supposed to be.” 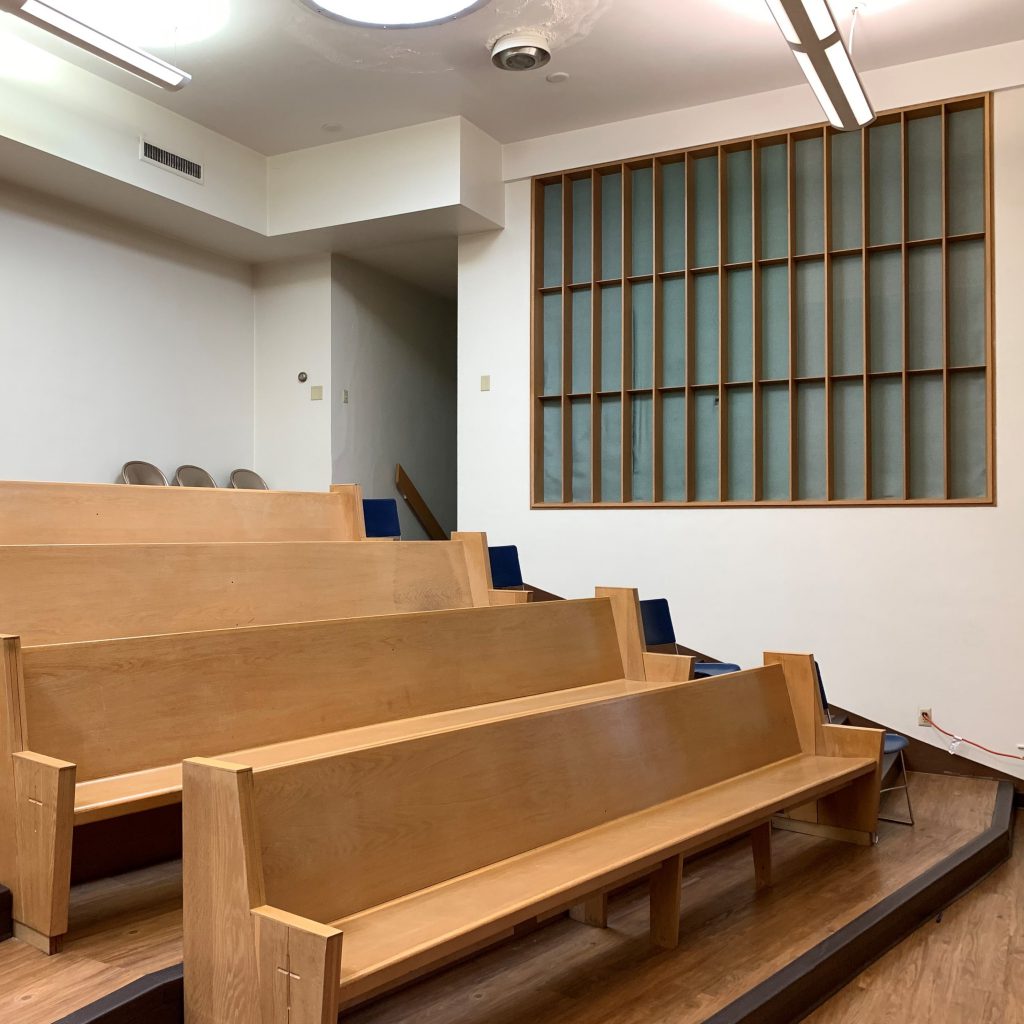 In the larger upper room, toward the chancel, you can still see the space where the original organ’s pipes were installed (it was much smaller) and the risers used by the choir during services. The smaller upper room, Dr. Maschke explained, was likely used by cloistered nuns to take part in worship services without rubbing elbows with others.

9. It’s unlikely such an ornate Chapel would have been built “from scratch.”

“I was campus pastor here for the first couple years, and I always thought, no school would have built this kind of a chapel,” Dr. Maschke said. “Even the Ann Arbor campus was kind of unique in having such a great chapel as an original building. This  has been a real blessing to CUW.”

How to Get Hired: 3 Key Characteristics of Hirable People
previous story
What is public health?
next story