The uncommon leader motivating the marginalized to achieve their college dreams

Editor's note: This is one in a series of stories highlighting Concordia's May 2020 graduates.

Throughout his time at Concordia, Tre Hickem has certainly grown in the knowledge and acumen needed to be successful in the sport and entertainment industry. Ask any of his professors, though, and they’ll readily tell you that they’re most proud of Hickem for his growth as a leader.

The Arizona native might not have made his way to Concordia’s campus—and thus, wouldn’t be graduating with his bachelor’s degree from CUW this year—if it weren’t for Concordia’s football program. Associate Head Coach Jeff Walker stayed in touch with Hickem even through his gap year at a community college in his home state following his high school graduation. Walker’s outreach was the first demonstration of a community of support at Concordia that Hickem would come to know and love over the next few years.

At the start of his CUW experience, Hickem admittedly experienced a bit of culture shock. Between the cold Wisconsin winters, transitioning to a predominantly white campus, and figuring out how to navigate the academic rigor at the college level, Hickem says he struggled at first with the adjustment.

Things began to change, however, when he became involved with the Black Student Union (BSU). BSU was in its infancy stages when Hickem enrolled at Concordia. Eager to grow the fold, the group’s advisor, Dr. Eugene Pitchford III, jokes that he had to practically drag Hickem to his first meeting.

“I kept having people tell me, ‘Hey, you need to get to know this guy,’ but it still took me a good three months to get Tre to commit to coming to a meeting,” Pitchford said with a laugh. “I think people recognized his untapped talent, the easy way he connects people from all walks of life. After that first meeting, Tre and I clicked in a way that I haven’t done with many other students.”

Hickem quickly became a consistent contributor to BSU’s efforts, and in his junior year, he rose to the position of the group’s president, taking on leadership and project oversight responsibilities. 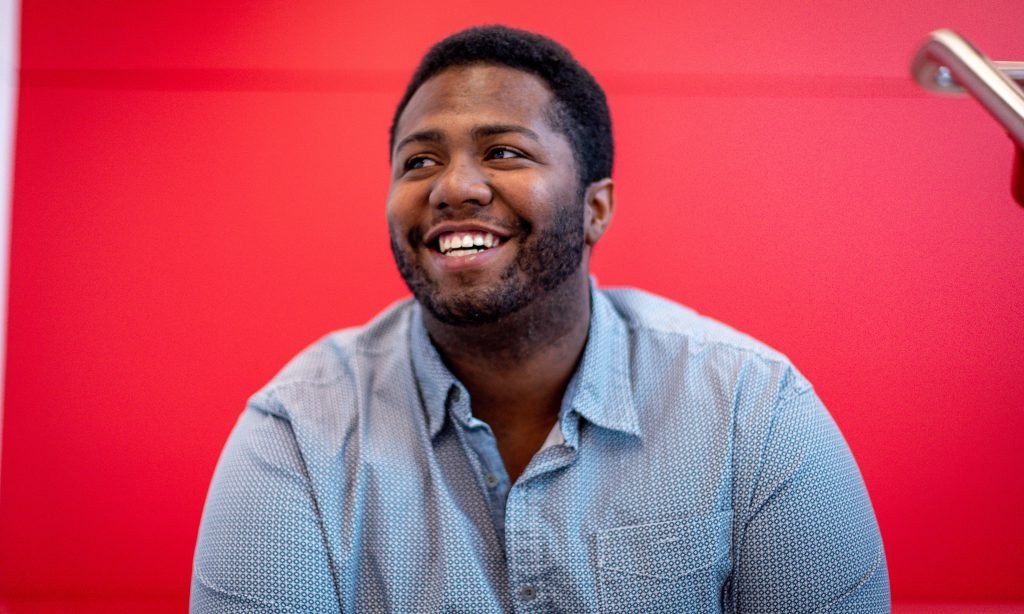 BSU’s hallmark effort was its School Takeovers. Once or twice a semester, dozens of Concordia students would travel to an inner-city school for an afternoon to teach classes, interact with students, and, in general, serve as positive role models, always sharing the message that college was in fact possible for them, despite the odds.

“It’s a message I needed to hear more of when I was in high school,” Hickem said. “I’ve had so many people doubt me throughout my life when it came to academics. I had teachers tell me I would never be able to graduate from college. But my family gave me a source of motivation to be the best man I could ever be.”

Had Concordia been able to have an in-person commencement celebration this May, Hickem’s family would have come out in droves to support him. Instead, they’ll be joining remotely in the Virtual Degree Conferral on Saturday to support and celebrate his hard-earned degree.

And they won’t be the only ones celebrating his accomplishments.

“I am just so proud of Tre,” Pitchford said. “His growth as a student is one thing, but his growth in leadership is off the charts. We’re going to miss him.”

Hickem and his 2020 classmates will be honored at a virtual degree conferral ceremony on Saturday, May 16. They will be celebrated in person at the December commencement celebration. These changes are in response to the Coronavirus. To learn more about Concordia’s response, click here.