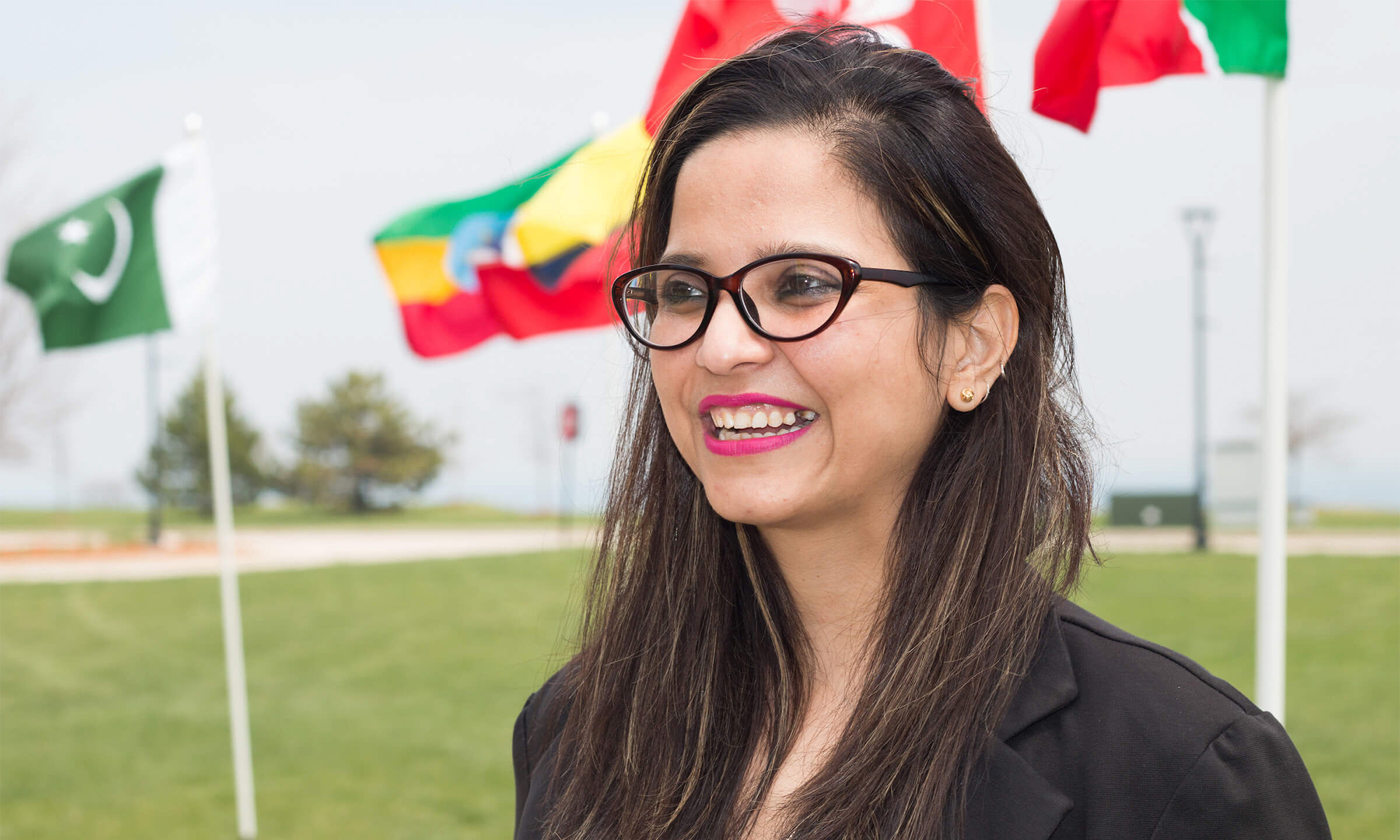 Editor's Note: This is one in a series of stories highlighting Concordia's 2018 graduates.

It’s a good thing Saba Sadat Qureshi has a lion’s share of grit, because it’s been put to the test more than once on her road to the commencement stage.

The Concordia University Wisconsin MBA student started out by breaking a cultural norm when she decided to travel to the United States to pursue a graduate-level degree. Members of her hometown community in southern India raised an eyebrow at the need for a woman to obtain a master’s degree, but it didn’t deter Saba from wanting to pave her own path in the world.

Saba says her degree pursuit is largely a credit to her parents’ support. Her father, who says his two daughters are each equal to 100 sons, gave Saba his blessing and the financial assurance to pursue her degree abroad. Saba’s mom, meanwhile, never had the opportunity to obtain a college degree herself, even though it was something she had always wanted. Instead, she passed along her dream to her daughters.

The latter makes Saba’s upcoming commencement walk all the more bittersweet since her mother unexpectedly passed away on Nov. 7, 2016. Concordia’s commencement falls on her mother’s and her sister’s birthday.

A devastated Saba nearly deserted her academic pursuits. She was on a planned two-month academic break in India and was nearing her return date to campus at the time of her mother’s passing. Saba’s initial inclination was to remain at home and provide in-person support to her father, but at his urging, she returned to Concordia and persisted to her end goal. Again, her hometown community raised an eyebrow.

But on Friday, May 18, Saba will have achieved her dream. She’ll join the 555 other students who will cross the graduation stage to receive their master’s or doctoral-level degrees from CUW. Saba will graduate with a double MBA in management information systems and human resource and management thanks to an uncommon amount of gumption, and plenty of help along the way.

“Whatever I am today is because of Concordia and the support of my family, my father and sister in particular,” Saba says. “I don’t think I could have fulfilled my dream and my mother’s dream to graduate without it.”

Saba says Concordia became like a family to her in the wake of her mother’s death, with individuals offering support in myriad ways including helping her adjust her class schedule to allow more time at home, holding her graduate assistant position until she returned, and demonstrating other intangible displays of love and concern along the way.

Even before her mother’s passing, Saba’s resolve was put to the test while in America. At home in India, her father’s success in business provided Saba with a lifestyle that left her lacking nothing; chauffeurs transported her wherever she needed to go and hired servants managed the ongoing chores of the family’s household.

When she arrived in Wisconsin, however, Saba had to learn to navigate a whole new world of independence. For the first time in her life, she found herself riding public transportation and shopping for groceries. She also learned how to manage in a foreign city with a broken leg—a lesson that came nearly a year into her studies when she was rushing down the steps of her apartment to catch a bus to Concordia.

Not wanting to pause her studies, and also not wanting to interrupt her family’s scheduled pilgrimage, Saba withheld the news from her parents and sister, and, for about a month, managed the bus commute to and from Concordia alone and in a full leg cast and wheelchair.

Nevertheless, Saba says she would seize the opportunity to study at Concordia if given a chance to do it again. She still remembers the rush that accompanied her first brush with complete independence in America.

“My first week in America, I went to pick up bread, milk, and eggs, and on the bus ride home, tears of happiness began streaming down my face,” Saba recalls. “I called my dad and told him, ‘I just want to thank you. You gave me a queen’s life in India, but now I am independent. Thank you for giving me both worlds.”

Saba continued: “If I had stayed in India, I would have been in a golden cage. Don’t get me wrong, it was a beautiful cage, but now, I have the gift of being a girl on my own.”

It’s what her mother wanted for her daughter.

“My mom’s dream was to see me in that black graduation dress,” Saba says. “My graduation was a wish for my mom and I’m happy to be fulfilling her dream. I only wish she could be there.”