Centers, School of Arts and Sciences

Connecting with future students at Lifest 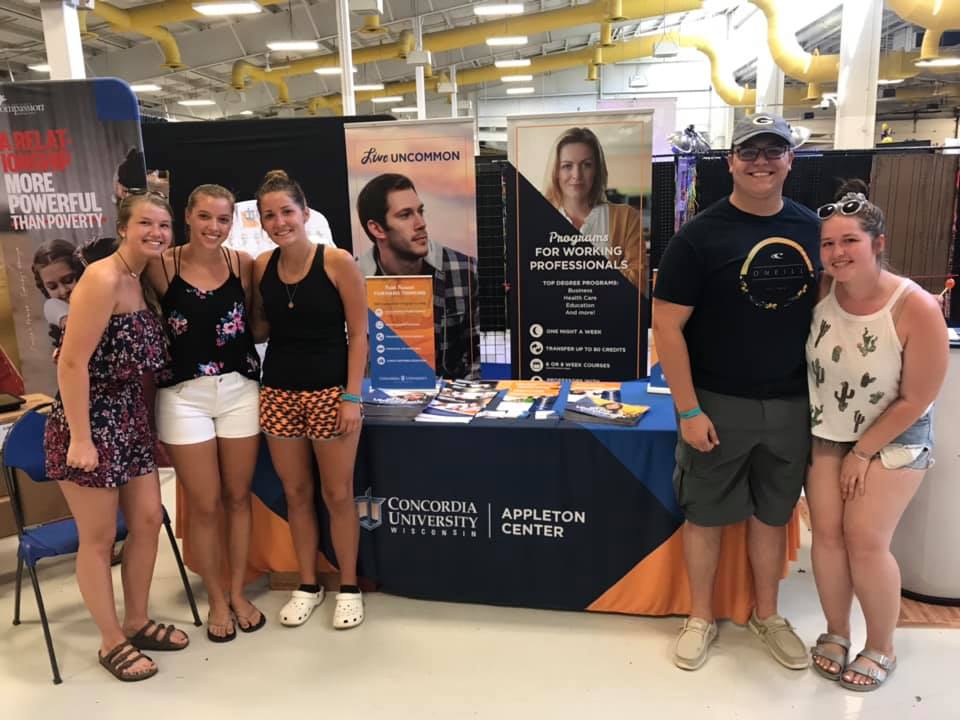 This past July, Concordia University Wisconsin was proud to sponsor and participate at the 20th Annual Lifest Music Festival.  Held in Oshkosh, WI on the Sunnyview Expo Center and campgrounds, tens of thousands of people gather to enjoy four days of music, fun, and worship.

The top names in Christian music, such as Skillet, For King & Country, Matthew West, and others were in attendance performing on multiple music stages throughout the grounds.  Music fans of all ages came together to enjoy the event, with the vast majority of those in attendance camping at the grounds for the entire four days.  Youth groups, families, couples, and everything in between enjoyed four straight days of amazing weather, wonderful music, and amazing community.

Concordia University Wisconsin also was represented throughout the festival with an activity table that drew in hundreds (if not thousands) of people.  Not only did the volunteers hand out information about CUW’s traditional and adult accelerated campuses, but they also hosted a plinko table where everyone that played earned a prize.  The most popular prize were glowing lanyards, which could be seen blinking and glowing throughout the night.

Members of the admissions team from various campuses, such as Appleton, Green Bay, and Waukesha, helped man the table during the event, along with volunteers that consisted of current students and alumni.  Some volunteers even brought their children to participate and help with the plinko board.

While the days may have been long, the time flew by for everyone who volunteered at the CUW table.  Many wonderful people were met, and many potential future students started their journey with finding out about how wonderful a university Concordia is.  Much like with Lifest, we encourage people of all ages to pursue their dreams and live uncommon.

[QUIZ] What Type of Learner Are You?
previous story
Be our guest: 2019-20 Admission visit dates set
next story